Europe is a land filled to the brim with delicious and interesting cuisine with unique food items being found in pretty much every country of the continent. Some areas are famous for their bread, others for olives, tomatoes and other vegetables, but regionally Europe has been the birthplace of a wide array of truly decadent and iconic desserts and sweet treats.

With beautiful French patisseries, world-famous Swiss chocolate, creamy Italian gelato as well as glorious German and Austrian pastries, there is a huge array of different, varied treats that travelers can sink their teeth into. Here’s a look at some of the best that merits a visit to the region all by themselves.

Mozartkugel, also known as Mozart chocolate to English speakers, is a truly luxurious type of chocolate that originated from Salzburg, Austria well over 100 years ago. It’s a distinctive treat unlike any other form of candy you would have had, due to it being a truffle of hazelnut nougat and pistachio marzipan encased with a luxury chocolate shell.

These treats are eaten all year round, however, explode in popularity over the festive season, making them brilliant Christmas gifts that you can get from dallmannconfections.com allowing you to bring a taste of Austria into your home. The treats are named after the famous composer, Mozart, as he was from the city of its inception, and like him, these chocolates are sure to send your taste buds into a symphony of flavor.

Baklava is a more Mediterranean pastry treat that is famously Turkish and is a huge favorite that can be bought fresh at many bazaars and markets across the country, and particularly in its capital, Istanbul.

Baklava is a pasty made from super thin filo pastry that encases a scrumptious mixture of walnuts, cinnamon and honey, which makes it a super sweet dish. It’s then baked, and once nice and crispy, the dish is cut into squares and served with a generous sprinkle of pistachio. It’s a mouthwatering combination of obvious sweetness, but also creamy dough interjected with a lovely crunch to give it a great texture.

When eating a Baklava, it’s worth noting it’s murky and contested history, as although it’s a Turkish product that’s included in the European Commission’s list of protected origins, many Greeks are adamant that the Baklava is part of their heritage, but as of right now, it is officially Turkish. Why not try one in Greece as well to see who do it better? 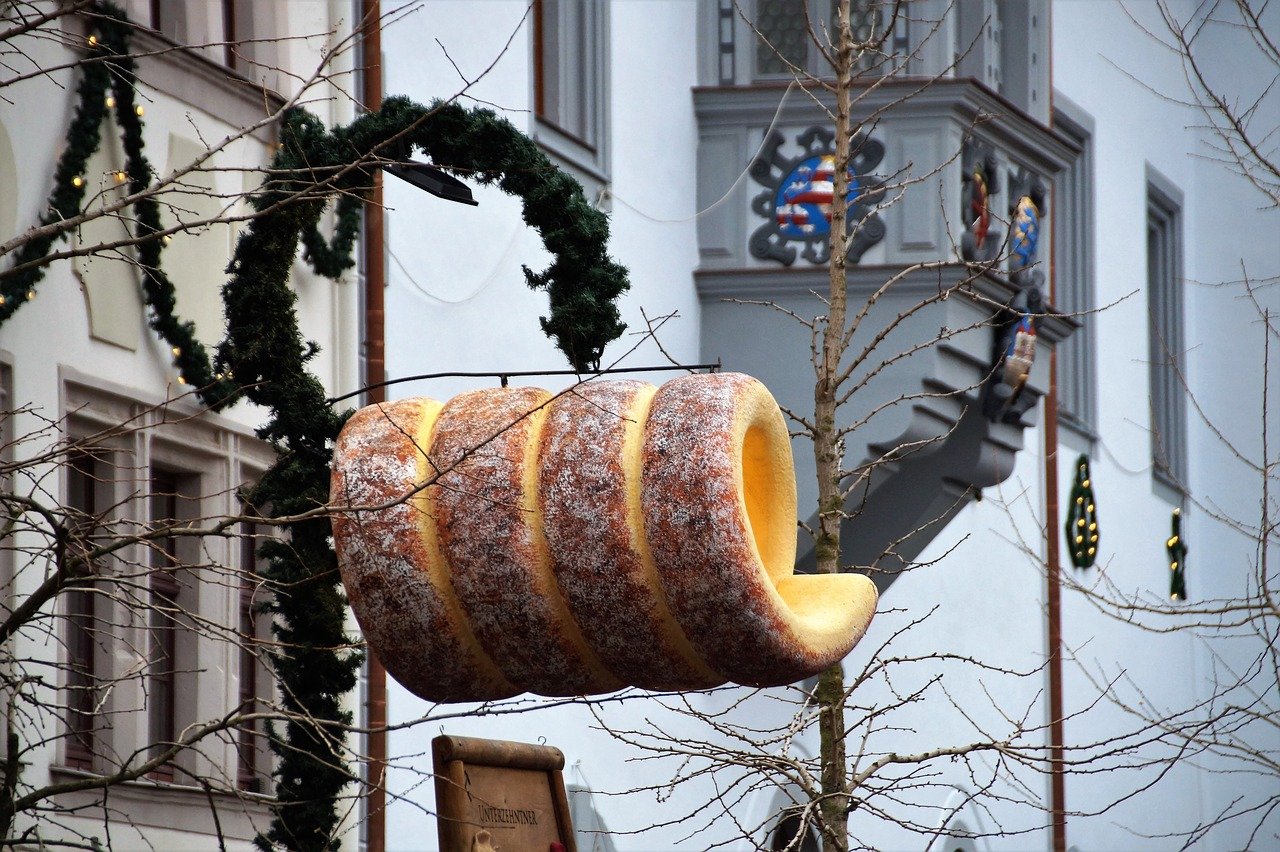 Trdelnik is a popular Czechian dessert that’s commonly found in its popular tourist town, Prague. It may not be something that the locals eat, with it being branded as ‘tourist food’ but it’s still so delicious that it deserves to be mentioned.

The treat originated from Hungary but has since been prominent within Prague. Trdelnik is a sweet pastry where yummy dough is twisted onto a cone-shaped rolling pin. The hollow bread is then cooked over an oven and rolled in sugar and is usually served filled with ice cream and strawberries and is often dipped in chocolate or sprinkled with cinnamon, making it a scrumptious treat.