Hi VIPs! Where has 2015 gone? It feels like just yesterday that I was celebrating New Year’s Eve and now it’s time for another one.

Before we look forward to 2016 and start making targets to improve Live Like a VIP, I want to say a big THANK YOU to everyone that has read us, supported us and chatted with us in 2015. Live Like a VIP has had a brilliant year and my team and I are really grateful to all our readers. 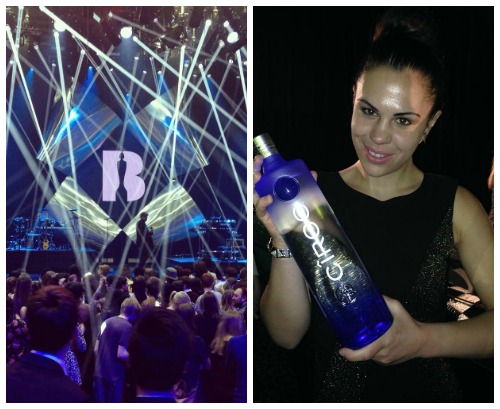 Ed Sheeran won practically everything and hit all the after-parties to show off. I met him at the Universal party, which I attended with Ciroc vodka. What a night! 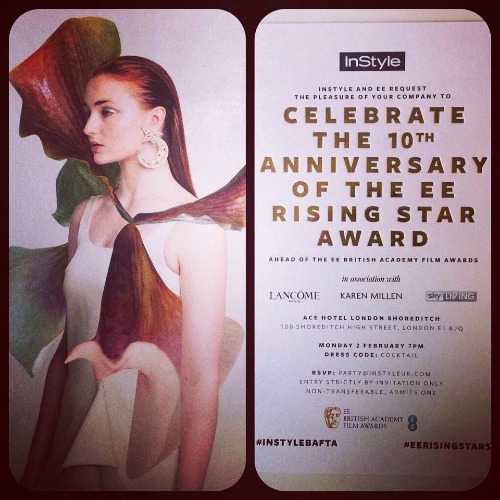 The BAFTA season kicked off with the Rising Star awards, which I attended in Shoreditch, followed by the main event at the Royal Opera House in Covent Garden a week later. Former Skins actor Jack O’Connell won the Rising Star award, while Julianne Moore and Eddie Redmayne won the leading actress / actor roles. Let’s not forget this was the year of Cumberbatch / Redmaybe rivalry. 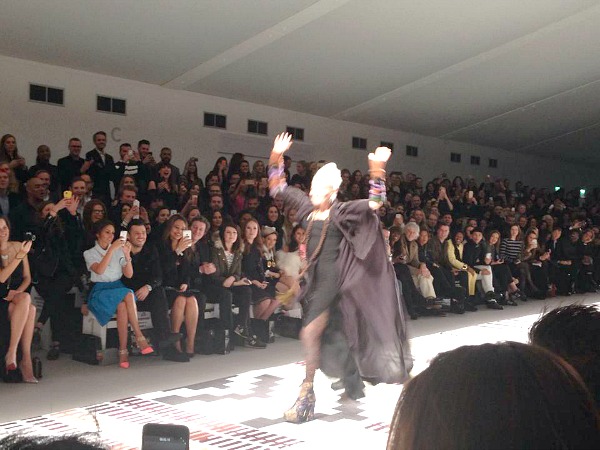 My personal highlight of London Fashion Week was Naomi Campbell’s Fashion For Relief show in which all her celeb mates did the catwalk. Dame Vivienne Westwood even strutted her stuff. Not bad for 70-something! 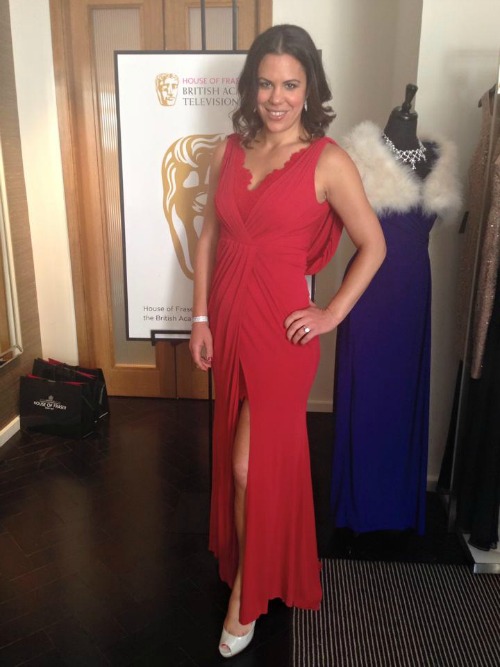 The BAFTA TV awards is always a glam night and this year I got to experience what the stars do to prepare for their big night. I attended a style suite at The Corinthia Hotel for make-up, a blow dry and a glam new dress. It made my night soooo much better! 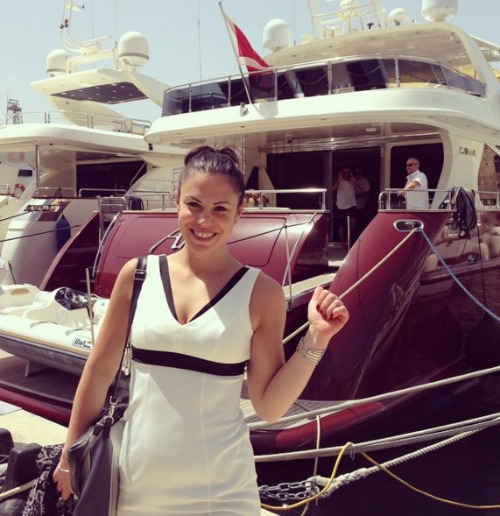 In April, I visited Malta – a favourite of The Queen and The Duke of Edinburgh. I was writing about it’s hotspots for the Mail on Sundy and the article will be published on 17 Jan 2016 so look out for it! 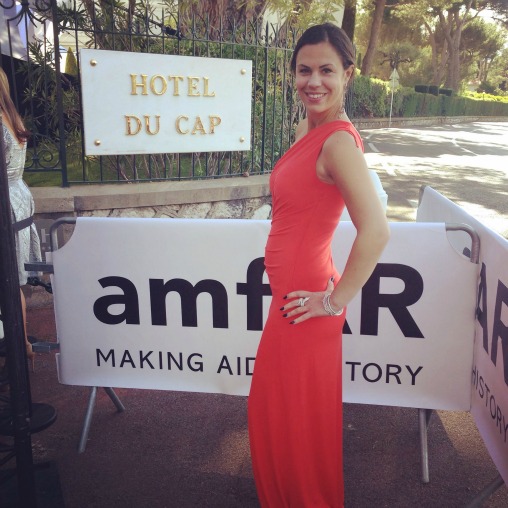 AMFAR is the highlight of the Cannes film festival, and all the beautiful people are invited. Including me! I was starstruck for once as I saw famous people everywhere I looked at the Hotel Du Cap. From supermodels like Alessandra Ambrosio and Adriana Lima, to singers and A’list actors it was celeb central! 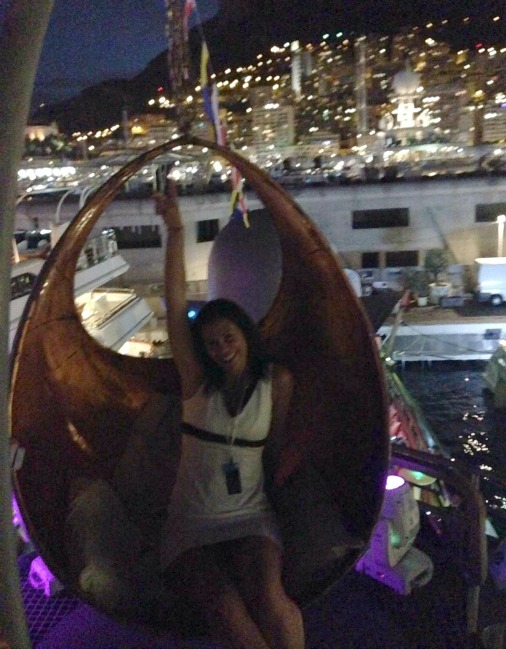 After Cannes, I indulged my inner pit-girl and covered all the F1 parties in Monaco. There were a lot of yacht parties – it’s a hard life! 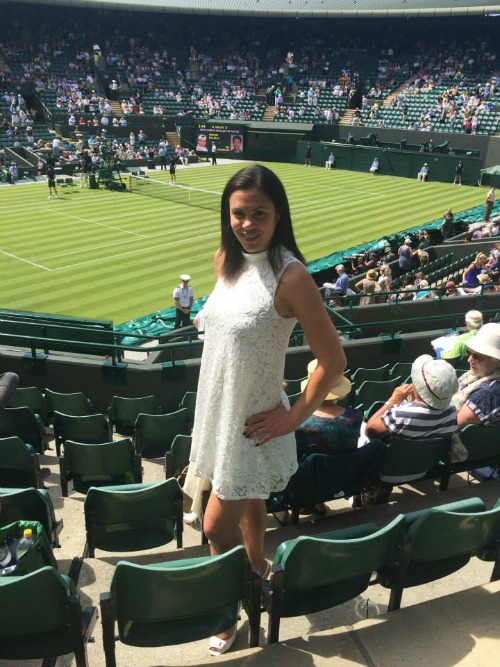 I still can’t believe I got to go to Wimbledon! I’ve dreamed about going for ages and never had the opportunity. Not only did I go, but I got to see Serena Williams play on Court One and Maria Sharapova on Centre Court. It made me want to pick up tennis again afterwards. 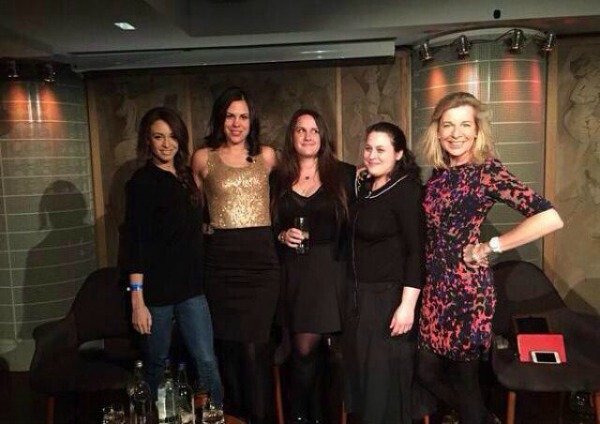 Love her or hate her, you can’t deny Katie Hopkins always has something to say on a subject. So when I debated against her about the merits of blogging, it was difficult but I wasn’t going to let her beat me. The debate was for Times + and hosted by Sunday Times columnist Katie Glass and I had a really intellectually stimulating evening and hope everyone else did. 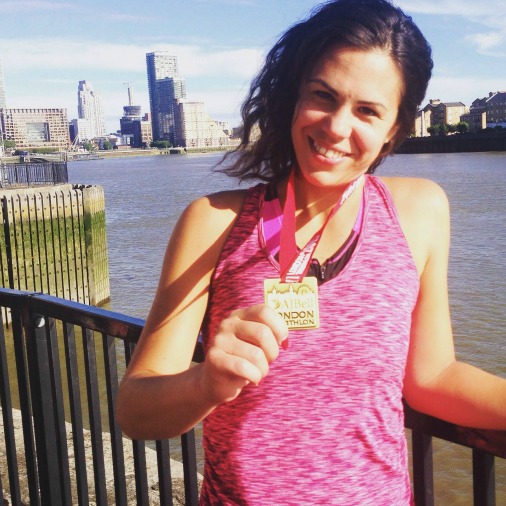 2015 was the year I bought my first ever bicycle as when I was a kid I only had hand-me-downs. It was the year I rode a bike for the first time since I was 11, and the year I was able to ride 40km as part of the London Triathlon, inspired by Mel C, Jenni Falconer and Michelle Heaton who all did it last year. I also swam 1.5km in the Docklands waters and ran 10km through East London after all that. No wonder I had a huge smile on my face when I collected my medal (above).

What was your highlight of the year – showbiz or personal? It is fun to look back over the highlights of the year as you often realise just how much you’ve achieved.

Happy New Year to you all and we’ll be back on 1 January for our celebrity predictions of 2016.