‘I’m going to help you find and engage your glutes’ is a scary thing to hear at the start of a training session. First of all, I thought I know where my glutes were – they stick out enough. Secondly, how was cycling expert and former gymnast Chris Ball going to engage my glutes? This sounded not only invasive but also painful.But after I’d laid down in the position below, I had a eureka moment. And trust me, it would help for not only cycling but running and swimming. 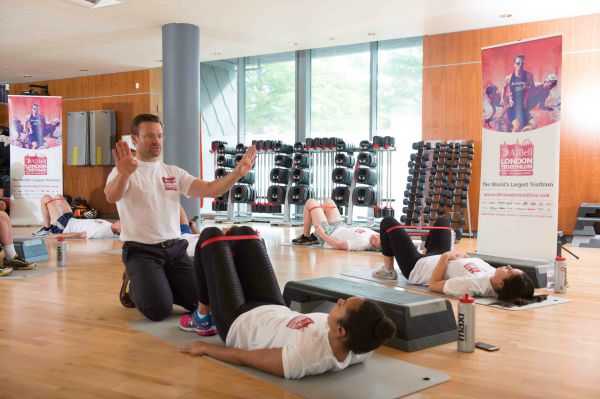 I’ll start from the beginning. There’s a muscle called the Glutes Medius, underneath the Gluteus Maximus, which controls stability and shock absorption and can offer more power than your quads. Utilising this muscle means you won’t tire out the quads, which is especially useful in a triathlon when you’re using them to kick in the swim, pedal with the legs or lift up your legs and run. If you only use your quads then you’re much more likely to burn out so it’s vital to switch on your Gluteus Medius. I’m doing the Olympic distance in the AJ Bell London Triathlon – 1.5km swim, 40km bike and 10km run – so I will benefit from learning how to engage my glutes!However, it’s easier said than done as most amateur triathletes have never used their Gluteus Medius and so they’ve either disappeared or become tight. As a direct result of too much sitting down from a young age – at school and at work – our hip flexors have tightened and our pelvis have tilted and we haven’t the range of movement to engage our bottoms.If you don’t believe me – get on a step in the gym and place it in front of a mirror. Stand at the edge of the step, flex your left foot and squat down to lower your left foot to the floor, heel first. 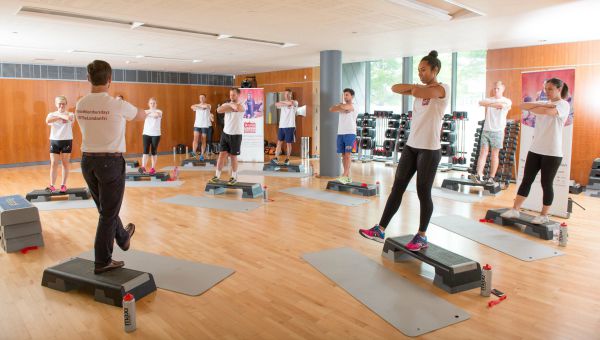 Do you stick your bum out? Do you stick your left hip out? How easy is it to go down in a straight line?Even if you think you can do this, everyone can benefit from strengthening their glutes because the stronger they are the better our performance. The way to do this is by mixing glute exercises with functional exercises – ie going from stretches to running / cycling.Do the following complete set 3 times:(1) Lie on your back with a resistance band above your knees (as we did in the first photo of this blog post). Have your knees bent up and your  feet as close to your bottom as possible. Open and close your legs as wide as possible 15 times.

(2) With your legs open, lift your bottom to hip height and back down again 15 times 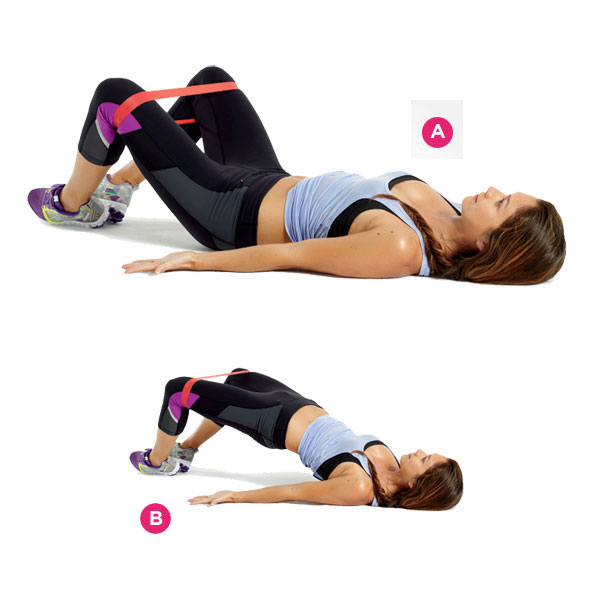 Immediately afterwards, combine it with some cycling to engage the glutes you’ve just worked. Get on the exercise bike or the turbo trainer and pedal in a high gear at a low cadence (no more than 65 rpm) as you want to engage your muscles in the pedalling action rather than mindlessly spinning. This is us doing just that: 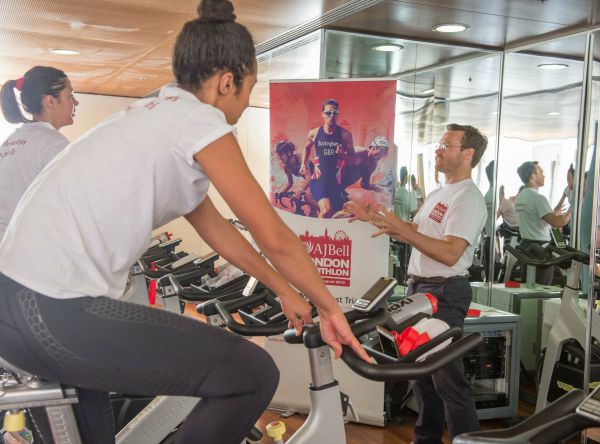 Do the whole process of engaging the glutes them cycling 5 times.Next time, try it in the park- doing the exercises at a bottom of a hill then running up the hill as that forces your muscles to work more than running on the flat. Again, do it 5 times so your brain has associated your bum with that movement.

And to engage the brain further, have you thought about nutrition for the triathlon yet? We had an interesting talk from Maxi Nutrition and there’s an article on the Maxi Nutrition website about this. 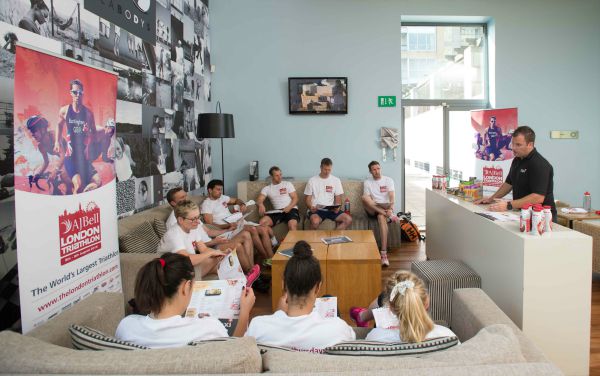 I’m going to keep practising this over the next few weeks before the London Triathlon (on 9 August) as I think it will take a while for my brain to get into the habit of using my gluteus Medius, which has remained dormant for so long. Embarrassingly, my big bum is a sign that I have weak glutes as they wobble when I walk – I’m not stable enough. So these exercises will also make my derrière more toned.Which exercises / routines are you trying in the run up to a triathlon or endurance event? If you have any questions about this exercise or any other fitness tips then tweet me @livelikeavip or comment below.Visit The AJ Bell London Triathlon website for details about the event.