On 16 November 2014  I will be running a marathon. I’m travelling to Istanbul to run the only marathon that crosses two continents (Europe and Asia) and I’m aiming for a Personal Best. This will be tough given that I ran the New York Marathon in 2013 in 3hours 36 minutes, but I’m going to train as smart as I can, have the most efficient kit and treat my body nicely on rest days. I’m also keeping a running diary packed with new things I’m bringing into my routine. Today I’m looking at nutrition, in particular healthy snacks and superfoods.

It’s important to get your diet right if you’re training for an endurance challenge. If you eat too much fat or sugar then all the training won’t stop you from gaining weight. If you don’t eat enough then you leave your body open to illness and injury. Super foods are a way of protecting your body and Creative Nature has been one of the leading protagonists in the super foods world for over six years. 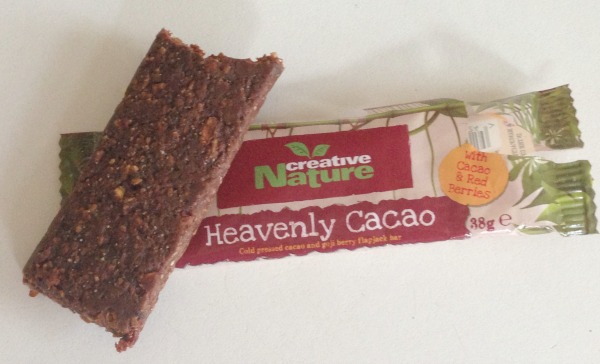 When I hear the word super food I think of something that’s good for me but tasteless or with a taste that makes me grimace (eg Wheatgrass shots).  But I honestly think the Heavenly Cacao bar with goji berries tasted just as good, if not better, than a chocolate bar. With a chocolate bar, I always feel a bit guilty after I’ve eaten it and the sugar makes me feel a bit sick. With the cacao bar, I felt energised. The goji berries were a great contrast to the rich chocolatey taste and it was lovely and moist, just like a brownie but with about a quarter of the calories (each bar has just 130 Kcals).

I think a good pre-marathon strategy is to reduce calories while getting as many nutrients in your body as possible. Now that mid-afternoon chocolate bar that I find myself reaching for every afternoon may give me a short-term buzz but it’s not giving me any nutritional benefit and its got twice as many calories as one of these bars. There are four flavours and I’ve tried every single one and photographed them so you know what you’ll get. The cacao above is my favourite, closely followed by the Tropical Treat bar with ginger and pau d’Arco tea. 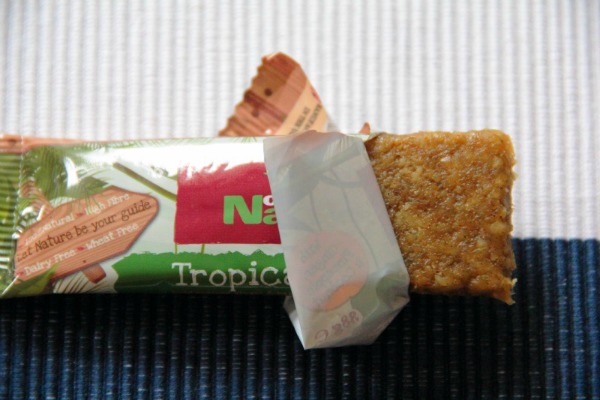 Eating this bar does make you feel like you’re on a tropical island somewhere – all the ingredients are raw and 100% natural and you can tell. What’s more it’s naturally detoxifying and great for the digestive system. 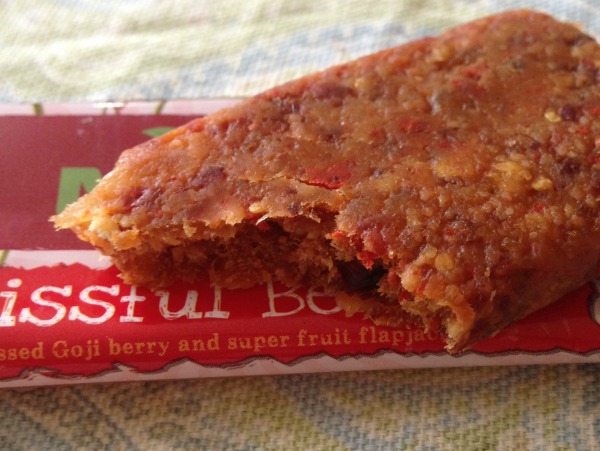 It’s literally jam-packed with berries – goji berries, cranberries and a hint of strawberry. This makes it high in anti-oxidants and also  taste lovely and sweet even though there’s no added sugar, sweeteners or preservatives. Therefore it keeps you feeling fuller for longer as there is no sugar crash.

Finally, there’s also Sublime Seed. This is good if you need some extra protein as it contains hemp protein and peanuts. It would make an ideal post workout snack – you could pack it in your gym bag and eat it straight after your workout as it’s recommended to eat within 30 minutes after finishing activity. However, you need to like peanuts as it has a strong peanut taste. 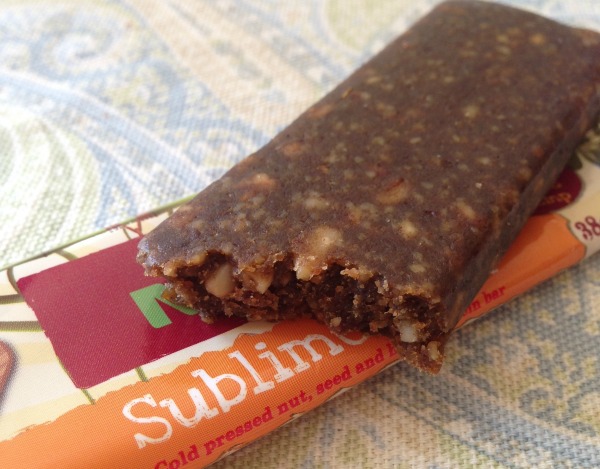 I thought I would miss my mid-afternoon chocolate bar when I decided to swap it for a mid-afternoon Creative Nature bar but I don’t miss it one bit. So much so that  I’m going to continue eating these bars after the marathon. They’re good for me and tasty so why wouldn’t I?

And that’s not all! If you’re training for something or simply going to too many Christmas parties and find yourself reliant on caffeine then Creative Nature has another alternative. This is guarana powder. 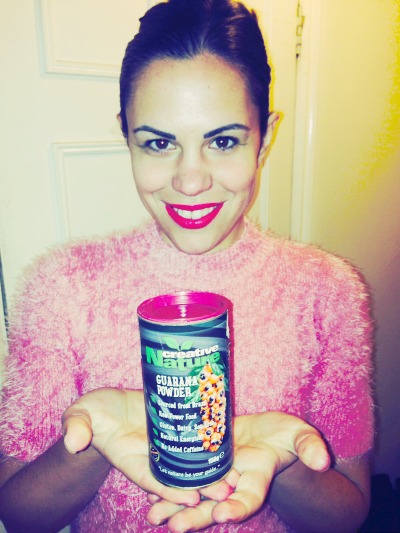 You add 3g to a protein shake or your morning smoothie and it really perks you up. I added some to greek yogurt, which wasn’t bad at all. It has a consistency like cinnamon or cocoa powder so it dissolves into the yogurt or smoothie easily. It did turn my yogurt a bit brown but it didn’t detract from the taste and it made me feel amazing. There’s no added caffeine either so it doesn’t dehydrate you like coffee can.

There’s still more! Have you heard of pink Himalayan salt? 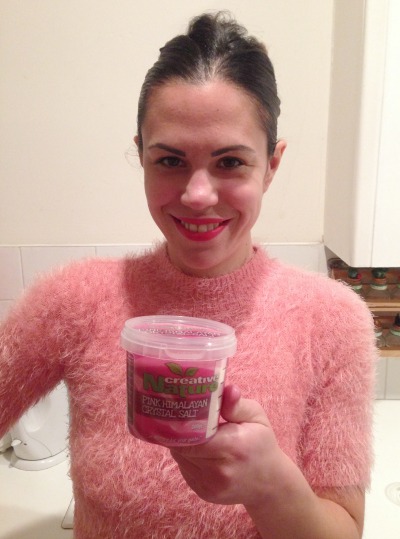 White table salt is devoid of nutrients and used for flavouring purposes without giving anything back. However, pink Himalayan salt contains the full spectrum of 84 minerals and trace elements just like Mother Earth intended. It is an unrefined, unprocessed “raw” salt that’s hand-mined from abundant salt caves that were formed 250 million years ago as ocean salt settled in certain geologic pockets around the earth.

Runners, or anyone that is exercising a lot, needs to replace the salt they lose through sweat in the body. Table salt is not providing your body with what it needs – the minerals your body needs can only be found in pink salt. It tastes just the same (to me) and it looks so much prettier. I was told you can also bathe with it, but I haven’t tried this yet as I like to have Epsom salt baths after a run to help my muscles.

To sum up, I’ve learned that cutting out on calories can mean improving on taste and I’ve learned how to keep up my energy levels and mineral levels while I exercise. Bring on the marathon – I’m feeling good about myself now! Check out the Creative Nature website for more info and to buy online.