On 16 November 2014  I will be running a marathon. I’m travelling to Istanbul to run the only marathon that crosses two continents (Europe and Asia) and I’m aiming for a Personal Best. This will be tough given that I ran the New York Marathon in 2013 in 3hours 36 minutes, but I’m going to train as smart as I can, have the most efficient kit and treat my body nicely on rest days. I’m also keeping a running diary packed with new things I’m bringing into my routine. Today I’m looking at fuel.

It’s a medically proven fact that our muscles can only store enough glycogen to fuel two hours of exercise at marathon pace. Not even Mo Farah can run a marathon in two hours and most of us are looking at a time of around 4 hours, which means we’re probably going to need to take some fuel on mid-race. 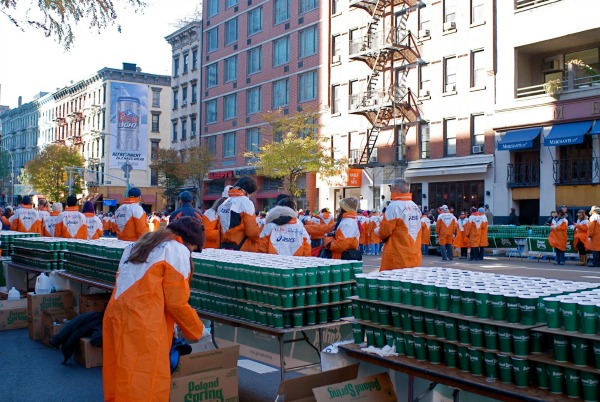 I say probably as I have run three marathons before and never had a fuelling strategy. In both my London marathons (3 hours 56 mins and 3 hours 52 mins) I was boosted by jelly babies and jelly beans handed out by spectators in the crowd. It’s the only time I would accept sweets from a stranger – I was desperate! New York (3 hrs 36) I enrolled in the marathon late, with two months to go, so my main priority was increasing distance and I left it too late to try a gel. But having researched fuel and how our bodies keep going during a marathon in full, I do believe I can get a better marathon time when I run Istanbul in November 2014 if I give my body more power to get round the 26.2 mile course.

I’m a complete novice so the first step of my fuel plan involved going to a specialist running shop and looking at the gels and blocks available. It blew my mind so I left with nothing and went back to my computer to do some research.

The first thing I typed into Google was:
Do I need gels before a marathon?

This took me to a lot of forums, which I had to read a few times to work out what people were saying. People have strong opinions about their favourite methods. However, I deduced the following things:

1) When your muscle glycogen is depleted then you don’t always need gels. You can get energy from burning fat and using that as fuel as well as taking on a gel. If you can train your body to use glycogen slower while using more body fat then you will be able to hold marathon pace for longer. The key to this is training, especially long slow runs as the body is better at using fat during low-intensity exercise (see here for an interesting article) 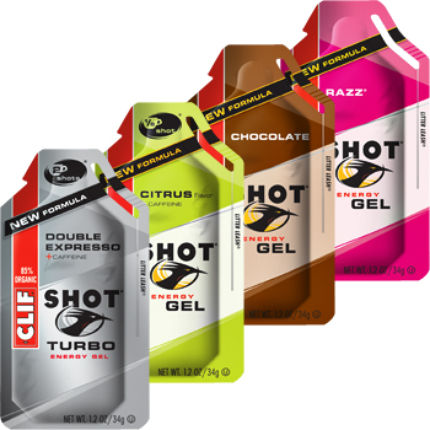 2) If you want to run at a faster pace it’s harder for the body to metabolise its fat stores. Therefore taking on glycogen in the form of gels is advantageous. However, you need to practise. When your body is stressed the digestive system can shut down so if you haven’t practised taking on small amounts of fuel then your body could reject the gels.

3) Gels give you a psychological boost. When you’re down and feel like you want to give up then a gel will wake you up in under 15 mins and it will be more of a powerful boost than you could get from a sweet like a jelly baby or jelly bean. As I want to run at 3 hours 30 mins, which is a fast pace, I’m going to need a gel and therefore I should practise with one.

Then I asked Google:

What is the difference between Shot Bloks and Gels?

1)     Clif Shot Bloks are solid so some runners find the texture more pleasant than a gel. It’s like eating a stronger version of a gummy bear and they do taste like candy. However, they do require more hydration than gels as your stomach needs water to digest them or it’ll lead to cramps. 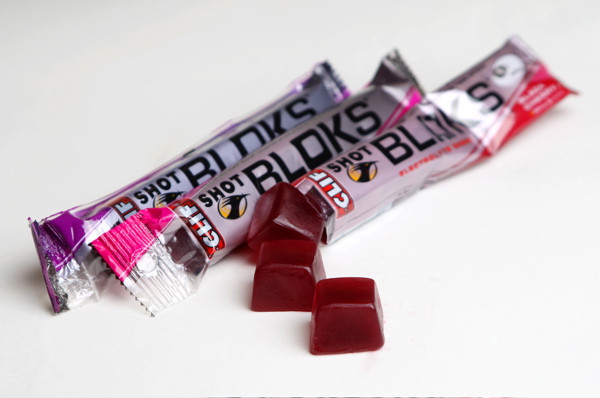 2)     The benefits of gels mean they don’t need to be chewed. It’s not easy to chew and run fast

3)     Why not try both? It’s recommended to consume between 100 – 200 calories per hour of the race (more if you weigh more). Eating the same thing is boring I find, so why not start off with a blok and switch to a gel?
Clif shot bloks are nutrionally designed so that a packet is equal to two energy gels. Half a packet has 100 calories so you can break off three cubes and nibble on them for a decent source of fuel. Alternatively, if your stomach feels upset you can have one or two and then put it back in your pocket, which you can’t do with a gel as you have to eat all the gel at once.

I wasn’t sure what to expect when I tentatively broke open the packet on my first training run, but I ended up enjoying the taste of the mountain berry flavour. So much so that I looked forward to the following hour when I was legitimately able to consume the other half of the packet. 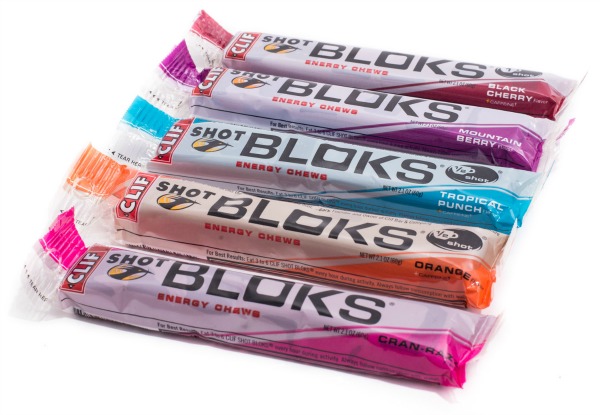 Also, I was intrigued to discover that I got a psychological boost  almost straight away.  This was especially useful on the second shot consumption because I had run 14 miles at that point and I was planning on doing another 6.

On the following week’s training run, I tried a Clif shot gel that contained espresso coffee. As a complete novice when it comes to gels I have to say I was shocked at how sticky the gel was and I was a bit frightened at the idea of trying to suck a sticky goo out of a packet. However, after a couple of minutes it was all worth it as I felt the caffeine kick in. The  buzz from the caffeine lasted quite a long time, probably longer than the lift from the shot bloks. There was a couple running in front of me and the caffeine even gave me a kick to push past them and overtake. I felt energised for a lot longer afterwards than the boost I got from the Bloks and I later found out this was because the espresso gel contained 2 shots of coffee, while half a shot blok only has 1/2 shot of coffee.

I’m going to keep practising a lot more and my next run will involve a more constant fuelling strategy, using both the gels and the bloks as I’m concious I still fade towards the end. On race day I think I’m going to start with a gel, to get it out the way, and move on to a blok that I actually enjoy eating. I feel if I have something to look forward to it will make the race go quicker.

These Clif products are all currently in my house, so I have a selection to choose from. (The flapjack style products are more for cycling, as well as being a good ‘recovery’ food). 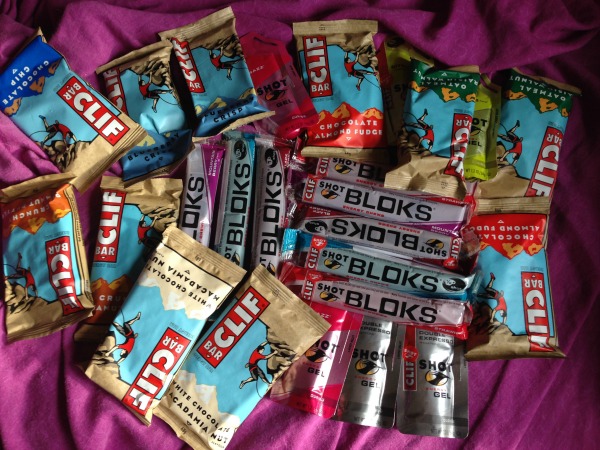 Am I doing the right thing? If you know more about running and training for a long distance race than I do then please message me on Twitter @livelikeavip or use the comments box below.