Hi VIPS! Did everyone watch the BRITs last night? What a spectacular show!  Zoe did a post for fashion website Very.co.uk, which you must check out on the Very blog, but we also have more highlights below along with the days other stories.

Firstly, let’s focus on the Brits. Ellie Goulding decided to make a fairytale entrance with her Vivienne Westwood corset and skirt combination. Not quite sure about the glam factor of the outfit- but she definitely stood out. As she won Best British Female, she had the last laugh.

Lily Allen certainly scrubs up well. She looked demure in her navy sequinned dress which covered her entire body. There was also a huge dash of colour with her yellow hair extension!

Nicole Scherzinger decided to push the envelope with her bondage inspired bralet and trousers look. She looked every inch the sexy pussycat doll!

Jessie J obviously injected her wild personality in to her glittering Julien Macdonald play-suit, which was complete with purple lips. We wouldn’t be able to, but she certainly pulls it off well. Bum envy!

Rita Ora showed some skin in her canary yellow Prada gown and mentioned that her main priority was to support her boyfriend Calvin Harris.

That’s it from the Brits for now but do check out Zoe’s blog for Very for more and a full list of all the winners.

In other heart- warming news, Oprah has bought her long lost sister a $500,000 a home as well as a monthly allowance so she can go to college. Oprah had only known about her half sisters’ Patricia Lofton’s existence since 2010!

I guess Courtney Stodden has decided that blondes have more fun. After dying her hair brunette she has reverted back to her blonde locks- and looks like she’s not afraid to flaunt the results…

Julianne Hough looks incredible on the cover of Self Magazine and it has also been revealed that she has been seeing hockey player Brooks Laich since December. After breaking up with Ryan Seacrest she stated she wanted to be single for a year- guess that plan didn’t work out for her! 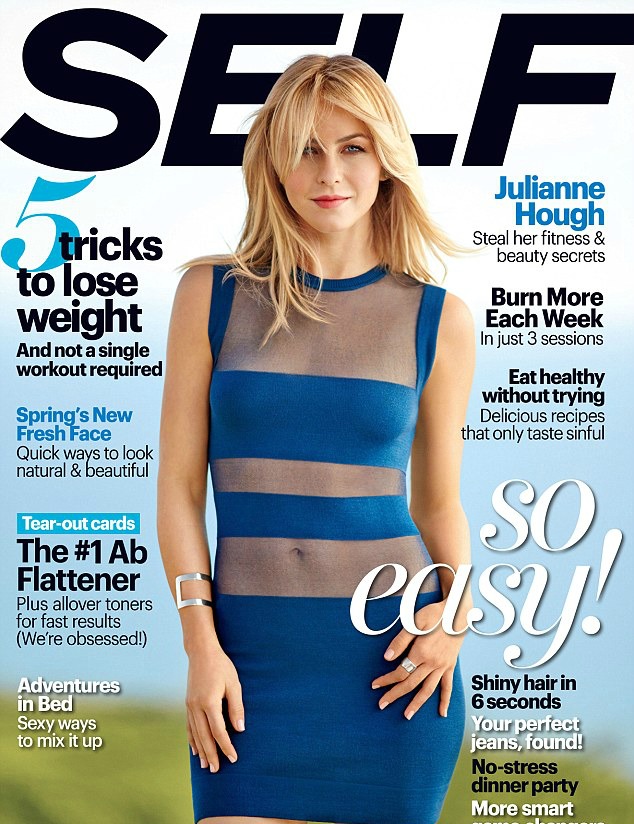 Share with us your thoughts on this years BRITs at @livelikeavip.