Hello VIPs! We’ve made it halfway through the week. Let’s try to make the rest of the week incredible. Here’s some juicy showbiz gossip to help you out.

Even though Vicky Pattinson transformed from a size 16 to a size 6 in only 6 months, she has revealed she’s still not happy with her body. In particular, she’s not happy with her breasts and hopes to go under the knife to get back up to a DD cup after she dropped to a C cup following her weight loss. Us women can never be happy with our bodies!

Recently we told you that Gemma Collins had called off her engagement and now we have learnt that she suffered a nervous breakdown over her relationship with Rami Haworth. In her three year on and off relationship Gemma revealed that he made her feel bad about herself by regularly calling her a ‘fattie’. No way to treat a lady!

Look who’s on a magazine cover together- Lee Ryan and Jasmine Waltz! Lee has talked about their racy antics in the house by stating that he hasn’t felt this way over anybody before, whilst in return Jasmine has extended her visa to stay in the UK for a further 3 months. I guess the two are trying to make it work! Plus, they’re probably over the moon that they don’t have to deal with Casey any more. 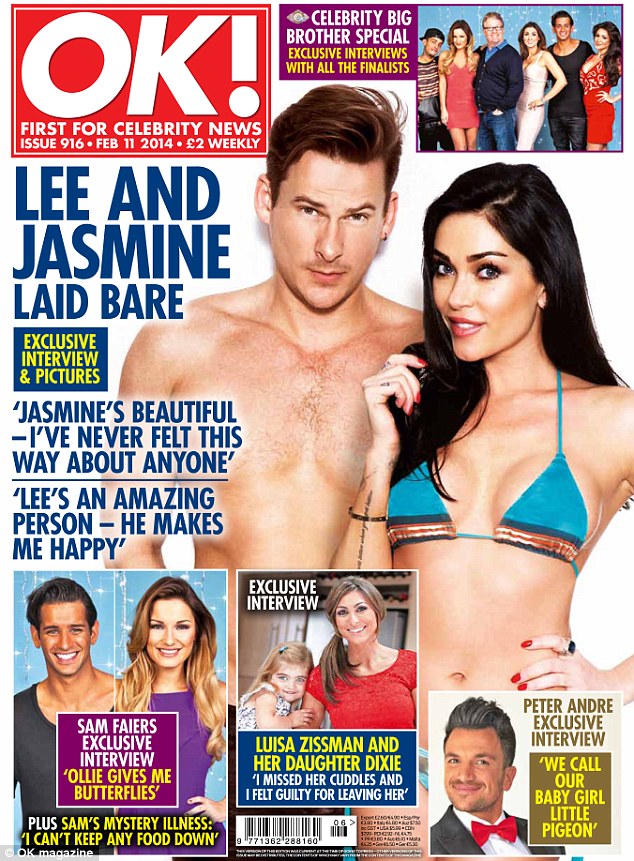 Kris Jenner has finally broken her silence on those Bruce Jenner sex change rumours. She states that 99% of those rumours have been made up by the tabloids and are completely false. What about the other 1%?

She’s Hollywood’s latest rising starlet and now Margot Robbie has revealed that she turned down an offer to pose in Playboy. She insists that she’s already put her family through enough after her full frontal nude scene in The Wolf of Wall Street, where she got kinky with Leonardo DiCaprio. Tough job!

After their engagement was revealed last month, Johnny Depp and Amber Heard have already started to plan their wedding. It has been reported that the couple will be tying the knot in a small ceremony on Johnny’s private island in the Bahamas. That will be followed by a barbecue! Sounds good- are we invited?

Demi Lovato shared a cute throwback picture of herself and Selena Gomez in a candid interview with Giuliana Rancic. Both former Disney actresses shared the small screen on the television show Barney and Friends at the age of 7. No doubt, they were both destined for bigger and better things!