Hi VIPs! Hope everyone’s Monday wasn’t too bad. Here’s some juicy showbiz gossip to get you through the rest of the week.

Peter Andre and Emily McDonagh have announced their engagement! The couple who recently welcomed a beautiful little girl a few weeks ago unveiled the news in OK! Congratulations. 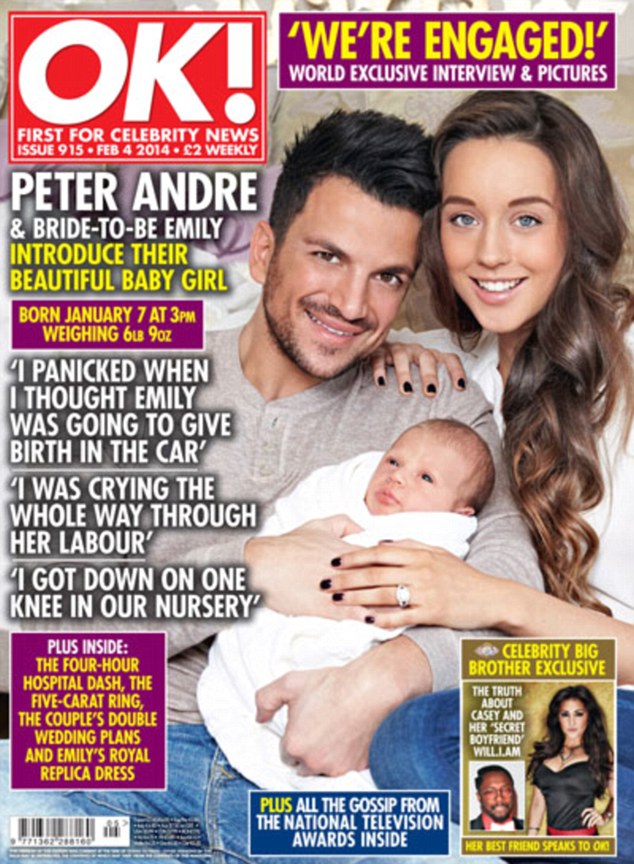 Former The Voice presenter Holly Willoughby revealed that she preferred Jessie J to Kylie Minogue as a judge in the singing competition. In an interview with The Sun, she confessed that no one would whip someone in to shape like Jessie J would. Lets hope she doesn’t cross paths with Kylie any time soon!

Kate Moss recently turned 40 and her career shows no sign of stopping. The supermodel looked spookily sexy in Alexander McQueen’s SS14 campaign. Photographer Steven Klein was inspired by the 1960’s British thriller Peeping Tom. He definitely got his point across!

Union J’s Jaymi Hensley was spotted on holiday in Barbados with his gorgeous fiancée Olly Marmon. The couple looked relaxed and happy and plan on tying the knot in December.

Jennifer Lawrence has a gorgeous body which she wasn’t shy to show off on the cover of Empire as X-Men’s Mystique. This cover comes in light of Empire promoting X-Men-Days of Future Past by putting 25 characters on 25 different covers for their March edition. Looking good J-Law!

Kourtney Kardashian was spotted on a family holiday in Mexico along with boyfriend Scott Disick and her children Mason and Penelope. The mother of two wowed in a green bikini, displaying her fitness results. We would do the same thing if we looked that good!

Sultry Scarlett Johansson stars in a sexy Superbowl commercial which was initially banned for an offensive line being used. The line has now been removed and will be played loud and proud during the Superbowl- And boy does she look fantastic!

Here’s hoping it’ll be third time lucky for Kim Kardashian. The E! reality star is reported to wed rapper Kanye West in a televised wedding special in Paris in June which will be worth millions of dollars. Wow, sounds incredibly extravagant!

How did you find today’s showbiz gossip? Tweet @zoegriffin your thoughts!