Hi VIPs! How about celebrating the weekend with some juicy showbiz gossip? You’re welcome!

X-Factor winner Sam Bailey has revealed that she has yet to meet Simon Cowell! Since winning X-Factor over a month ago, she’s only managed to have a few phone calls with the X-Factor boss, in which he’s apparently given her some great advice! Come on Simon- she’s dynamite, give her a visit. It’ll make her day!

Joey Essex decided to have a joke after the National Television Awards. As he woke up on Wednesday morning, obviously sporting the hangover from hell, he posted a picture with an empty NTA red box with the caption ‘OMG lost the award ! .. great night @OfficialNTAs but gutted I lost it, please contact if you find it!’

One Direction performed a different version of their hit ‘What Makes You Beautiful’ during their guest appearance on Sesame Street! The clip shown was pre-released and was featured in a special segment of the show dedicated to the letter U! So cute!

Justin Bieber’s arrest is quite literally everywhere! The Canadian singer’s luck ran out as he was arrested in Miami for DUI and drag racing! After an interesting mugshot, his bail was set at $2,500 and he proceeded to wave at fans as he left jail. Oh Bieber, when will you learn?!

Miley Cyrus decided to get a unique manicure. The singer posted a picture of her freshly done nails on Instagram which featured a marijuana leaf and swear words. She captioned the picture, ‘Got cray w my nailzzzz they r giving me an anxiety attack’. Another attention seeking move or innocent fun? You decide! 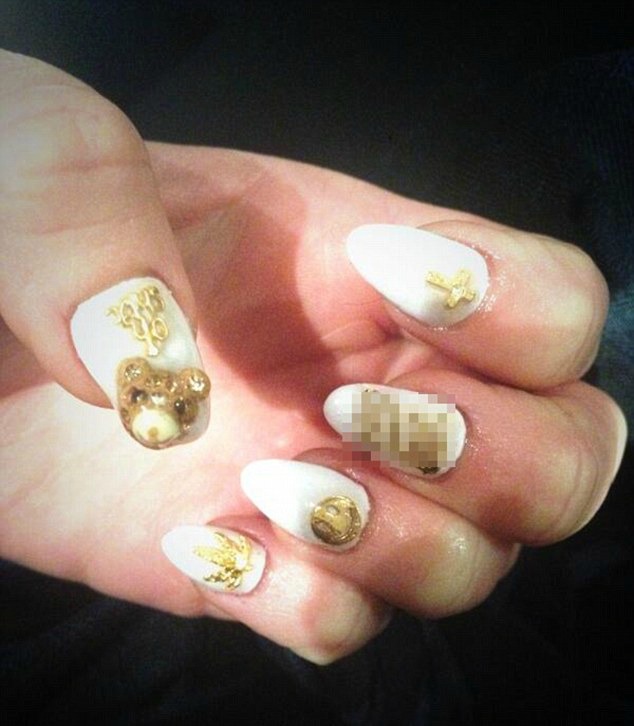 Emmy Rossum decided to share a creepy snap of herself enjoying a spa treatment. The otherwise gorgeous actress was pictured with a mask featuring many different materials, which had her comparing herself to Hannibal Lecter! Yikes!

Not good news for Keeping Up With The Kardashians! The show has its lowest ratings in three years, with almost half a million viewers switching off! Not even Kris and Bruce’s split and Khloe’s personal drama could pull in the audience. Wonder what this means for the show?

How was this week in showbiz for you? Tweet @zoegriffin and let us know!