Hi VIPs! We’ve made it halfway through the week! Wohoo! Here’s some juicy showbiz gossip to celebrate!

According to a survey of 2000 women, Kelly Brook officially has the best bottom! Surprisingly Pippa Middleton whose bottom was the pride of Britain a couple years ago dropped down to third position whilst Holly Willoughby came in second! Maybe next year Pippa can regain her top spot!

Dappy is obviously enjoying his time in the Celebrity Big Brother house at the moment, but all is not well outside the house. His ex-girlfriend Kaye Vassell has claimed that he hasn’t seen his kids in two months and even forgot his youngest son’s birthday! She even warns Jasmine Waltz from getting too close him! Ouch family drama is the worst, especially when there’s kids involved!

Made in Chelsea stars Lucy Watson and Stephanie Pratt met up for lunch in LA! Both of Spencer’s exes seemed to have buried the hatchet and look like they’re enjoying themselves! If we were in LA, it doesn’t matter what the company- we would enjoy ourselves too!

Lily Allen has labelled herself an ‘idiot’ after turning down a £61million gig for a website Second Life, which she would have been paid in the virtual currency known as ‘Bitcoins’. Even celebs make huge financial mistakes! Not just us then!

Madonna obviously has an extreme soft spot for toyboys. Less than a month after splitting from 25 year old Brahim Zaibat it is reported that she is now seeing 26 year old back up dancer Timor Steffens. He apparently also joined Madonna on her recent family skiing trip to Switzerland. Erm can we come too please?

GIRLS is back soon! Lena Dunham and co hit the red carpet for the premier party in New York and all of the cast were in attendance. Anna Wintour was also there and rumours are swirling that Lena Dunham will be the next Vogue covergirl! Us normal girls have hope!

W Magazine decided to honour the 6 biggest stars of the year with their individual covers and of-course Jennifer Lawrence made one of them! In the magazine she addresses her famous Oscar trip and said she had the word ‘cakewalk’ stuck in her head, instead of ‘kick-walk’ which her stylist told her to remember when walking in her dress. Poor Jen!

Celebrities just love getting topless for their ad campaigns and Kristen Stewart is the latest celebrity to ditch her clothing in the new Balenciaga campaign. Kristen has a firm friendship with Balenciaga and has been the face of their fragrances since 2012. 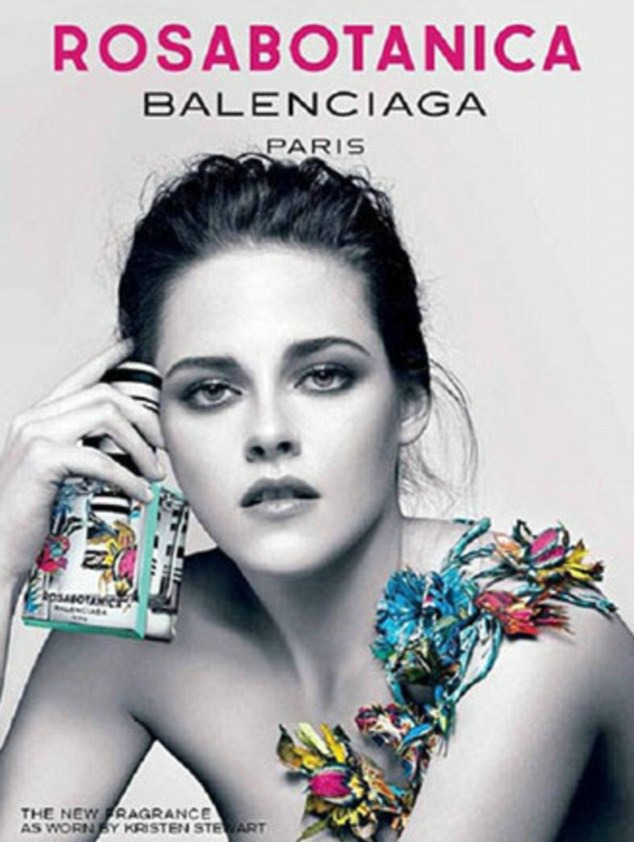 Tweet @zoegriffin your favourite news stories of the week!