Hi VIPS! Hope you had a good weekend! Here’s all the latest showbiz gossip from the weekend in the run up to Christmas. Enjoy!

Congratulations to Abbey Clancy for winning the 11th season of Strictly Come Dancing with her dance partner Aljaz Skorjanec! Abbey was especially shocked as she was the third favourite to win after Natalie Gumede and Susanna Reid. All of this joy with her husband Peter Crouch supporting her in the audience! Fabulous weekend for Abbey!

Another congratulations to Sam Bailey. Her song ‘Skyscraper’ (originally by Demi Lovato) is the official Christmas No.1, beating out Pharrell Williams after selling 149,000 copies! It’s a deserving victory and hopefully this paves way for more no.1’s for Sam!

Other X-Factor contestants who made an impact this year were Tamera Foster and Sam Callaghan with their behind the scenes romance. However, Sam has admitted in an interview with Gay Times that due to their busy schedules it would never work.  In the meantime, he seems to be enjoying his new gig as a model!

It seems like Marvin Humes will not be disappearing from the media spotlight any time soon! The former boybander has landed a new job- the host of Vodaphone Big Top 40! Chart Show. He seems to have a genuine passion in music and explains that he constantly monitors the charts to see the movers and shakers in the music industry. Sounds like the perfect career progression for him!

He’s the resident hottie on TOWIE and now Dan Osborne has excited the female population even more by posting a naked selfie of himself online! We’ll be seeing even more of his muscular and toned body in the new series of Splash!

Miley Cyrus is at it again! She teased her fans on Instagram with a clip of her new song ‘Adore You’. The short clip shows her rolling around in white sheets wearing just a bra and underwear. The full song will be released on Boxing Day. Can’t wait to see the full video! 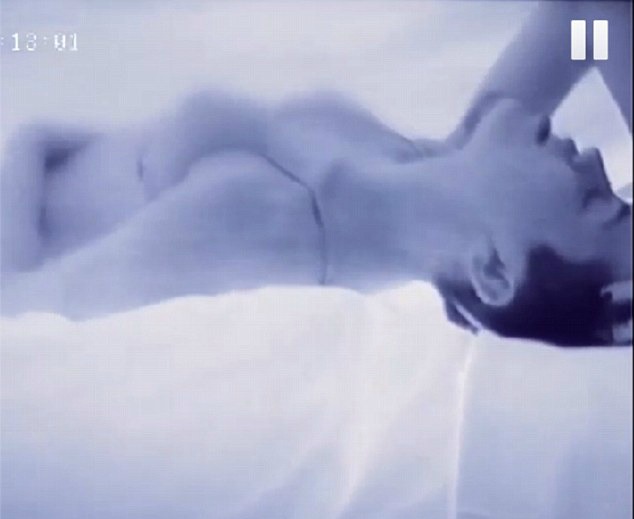 Dressed down, Adriana Lima looked equally gorgeous as she performed charity work for The St.Luke Foundation in Haiti. She was pictured make-up free in glasses and a ponytail surrounded by children. Definitely a beauty with a purpose!

She is every man’s fantasy and it seems like the male population have renewed hope as Kate Upton has split from her dancer boyfriend Maksim Chmerkovsky. Busy schedules is cited as the main reasoning behind the relationship break-up. Men make a note- clear your schedules if you want to date Kate!

Rocco Ritchie definitely takes after his fitness fanatic mum Madonna! The 13 year old posted a few snaps of himself on Instagram working out and posing topless with other fitness friends! Not long before he bulks up seeing as he has access to unlimited amounts of personal trainers!

Finally, seems like Mariah Carey enjoys alternative ways of getting into the festive mood. The mother of twins posted a snap of her bikini body complete with a festive red bikini on Instagram. Forget Christmas jumpers- get us Christmas bikinis!

What do you think of the weekend’s showbiz news? Tweet @zoegriffin your thoughts!