IT’S FRIDAY! Seems like all the celebs are excited too judging by all these latest juicy showbiz news! Enjoy!

Adele has been the pride of Britain for many years now and it was confirmed yesterday as she accepted her MBE from Prince Charles! She looked spectacular in a midnight blue Stella McCartney dress and accessorized it well with a royal manicure!

Seems like even former X-Factor contestant Wagner has jumped on the selfie bandwagon! The vivacious Brazilian striked a (sexy) topless pose in-front of the mirror, complete with a pair of navy swimming trunks.  His chest hair looked waxed whilst his hair was kept unruly. Decent effort for 57, but we commend you for putting yourself out there like that Wagner!

Kylie Minogue’s decision to join the judging panel on The Voice UK raised a few eyebrows, however she doesn’t seem to care in the first promotional photo-shoot of the show. She posed effortlessly alongside Tom Jones, Will.I.Am and the other new judge Ricky Wilson. Can’t wait to see how Kylie gets on!

Maria Fowler decided to take to Twitter to promote her own fake tan range- Amazing Tan, with a nearly naked picture of herself! Responding to critics of the photo- she tweeted that ‘females should celebrate femininity’- And so we should!

We love Jennifer Lawrence even more! During her appearance on Conan, she relayed a story about how she was gifted many sex toys as a joke. She hid them under the bed in her hotel room so the maid wouldn’t see them, only to come back later on in the day to find the sex toys lined up next to her bed with pride! Yikes! 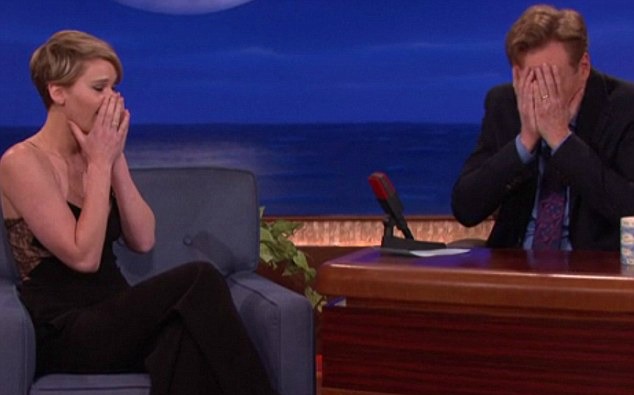 She is probably one of the most desirable woman on the planet and it seems that Megan Fox is one of the most generous! She makes sure to tip all doormen, valets and baristas at-least $20. Her actions come from her humble beginnings working at a smoothie shop where she earned peanuts and stood outside promoting the shop in a banana costume! You know what they say, hard work gets you to the top!

Now that she’s lost her baby weight, Kim Kardashian isn’t shy about frolicking on the beach in a tiny white bikini! Guess that serves everyone right for making jokes about how much weight she gained during pregnancy! Sweet revenge!

Jessica Simpson is another woman who had to fight against cruel ‘fat’ remarks by the media whilst she was pregnant. However, she’s had a great relationship with Weightwatchers, which has helped her lose her baby weight. Six months after the birth of her second baby Ace Knute Johnson, she looked incredible in a pink blazer and matching shorts for the new promo of Weightwatchers! Soon she’ll be back in her famous Daisy Dukes!

What did you think about this week in showbiz? Tweet @zoegriffin with your thoughts!