Did you know it was the New York Marathon on 3 November (less than three weeks away)? I do because I am running it this year with a few inspiring celebrities. Pamela Anderson is swapping her red Baywatch swimsuit and flip-flops for a tracksuit and trainers and Christy Turlington – the original supermodel – is making the streets of New York a catwalk in aid of her Every Mother Counts maternity charity. All this and she still looks glam while she is running, make-up free.

Anyway….the preparation is taking up a lot of my time right now and the more I research it the more I’ve found tips and tactics to help me run better. So I thought I’d start a new section for the next few weeks – Run Like a VIP.

There’s so much confusing information on the web that it’s hard to know what works and what has been written for SEO purposes to advertise a new brand of trainers. Everything I write about here is what I am trying…so let’s hope it works! 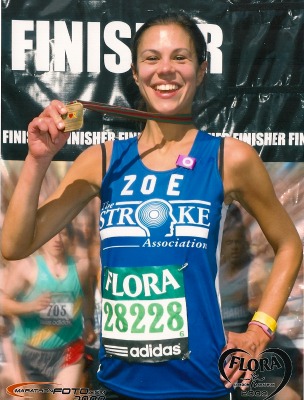 Today, I want to start with diet as all the experts I’ve spoken to (including celebrity trainer Shane Collins who is part of my NY marathon team) tell me that it’s 70% diet and 30% exercise.

My first question was should I give up alcohol?

All the forums I’ve read differ hugely on this but there is a common theme. The ones that are pro drinking (to relax or wind down) are the ones for whom alcohol is a big part of their life. Ie they are used to it. The downsides are that alcohol does affect your performance the following day, it makes you more dehydrated and it adds calories, which take you away from your optimal racing weight. Personally, I also tend to crave a calorific hangover cure after alcohol (as I am not used to it) and this is also harmful to my racing weight.

Therefore, it depends on the time you want to get. If like me, you have a goal in mind, then you might as well give it up as you want to do everything possible to get a better time? I gave it up 4 weeks before the race BUT I am going to make an exception on 23 October, when I am nominated for London Personality Of The Year in the London Lifestyle Awards.

My second question was how can I control my increased appetite without injuring myself?

This is a serious question as I suffered an injury while training for 2010 and I truly believe it was because I wasn’t eating enough. I was on a mission to reduce my weight as I thought it would help me run quicker and I ignored the hunger pangs that were telling me to refuel my muscles after a run. Therefore my body was depleted while I was running distances of 10 miles or more and it took its toll on my Achilles tendon. My body had inadequate padding to cushion my running and my Achilles strained.

This time, I am making sure to eat 2000 calories a day (a woman’s guideline) and I am doing it the healthy way. A 200 calorie breakfast before a run. 250 calories of carbs after. 500 calories for lunch. Then snacks and a balanced dinner (protein and carbs).

There are three things in particular I’m loving right now:

Fave Breakfast  – Banana on a bagel

Fave Snack – Creative Nature’s  brownie bar, closely followed by the tropical treat bar. In fact, all three varieties are delicious (as well as being packed with protein and good stuff) 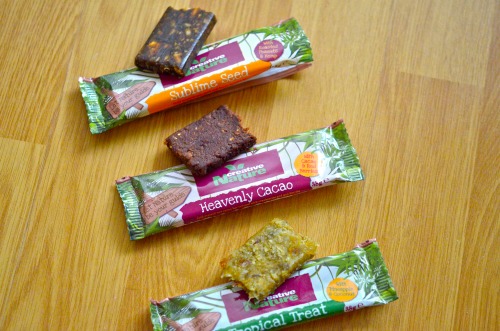 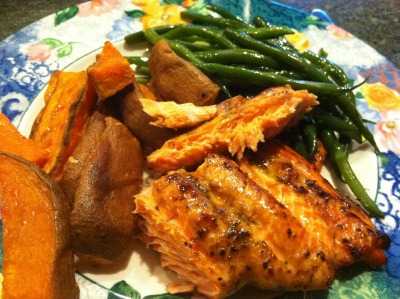 So, there you have it – two of my training secrets. I’ll be back tomorrow with some more. Let’s build up slowly but surely…