At London Fashion Week in February, Nina Naustdal was one of my favourite shows (click here for a reminder) so I was pretty excited to get an invite to the 2nd anniversary of her shop. Located in the heart of Knightsbridge, the contents of Nina’s shop are just dazzling. From colourful prints to crystal embellishements, Nina’s clothes are for bold women that want to make a statement with their outfits. And Nina (below) picked the most fabulous outfit of the night, obviously! 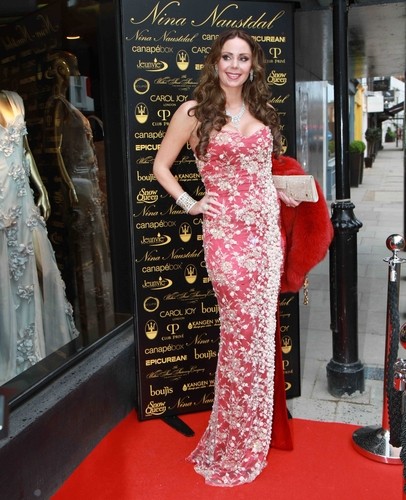 Inside the party, Nina’s celebrity friends and customers were mostly dressed in her creations. My second favourite outfit of the night (after Nina’s own) was worn by Amal Fashanu. Amal, daughter of footballer John Fashanu, is a model and TV presenter which explains why the new season maxi dress looks so fantastic on her. I had my eyes on this dress when I saw it at London Fashion Week, but there is no way I could have pulled it off as good as her. Check out how tall she is compared to me, even with my big blow dry by Haus of Hair: 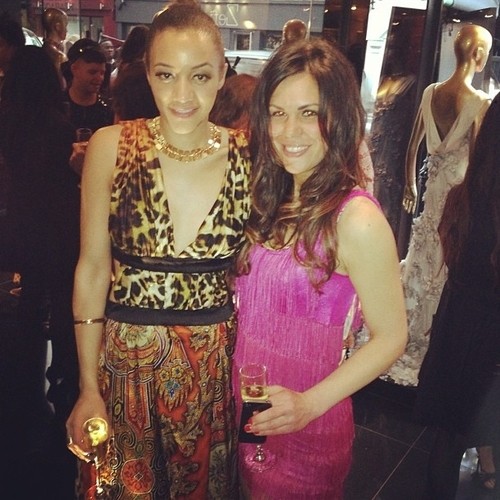 And here’s the dress in all it’s glory. 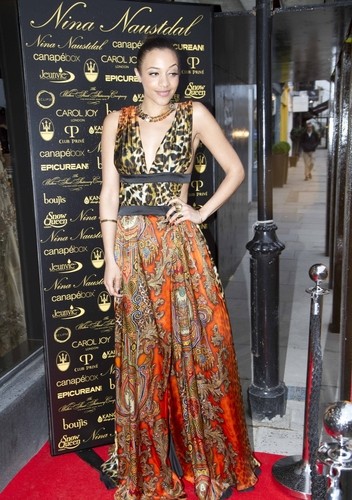 Amal is not all beauty and no brains. She’s made a documentary about homosexuality in football and she’s got several more documentaries coming up as well as her own fashion label. One day I want to sit down with Amal and do a proper interview – this girl has soooo many interesting projects on the go!

TV presenter Lizzie Cundy carried off another of Nina’s bold designs, looking incredible. Lizzie has such a fab figure she could wear anything and Nina picked this out for Lizzie especially. Lizzie’s off to Paris at the weekend to interview David Beckham and attend the Noble Gift Gala ball. Jealous? YES!!!! 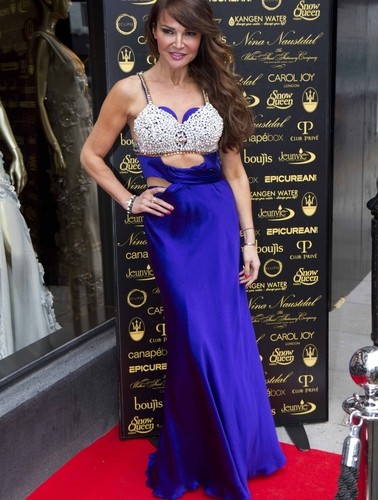 The party was so star-studded that it’s easier that I’ll leave you with a selection of photos of some of the VIP attendees. First up, Mica Paris showed off her new slimline silhouette in a trouser suit – v on trend! 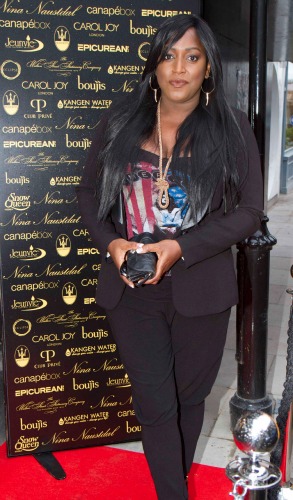 Nate James, the new star of The Voice, is starting to dress like his mentor Will.I.Am. His shirt was almost as attention-grabbing as Nina’s dresses.

But artist Pandemonia got the most attention on the night. Everyone wanted their photo taken with the darling of the fashion scene and dog Snowy, as they only attend the big fashion soirees normally. As she arrived in a taxi with media consultant Stephen Mahoney, the paparazzi flashbulbs went crazy! 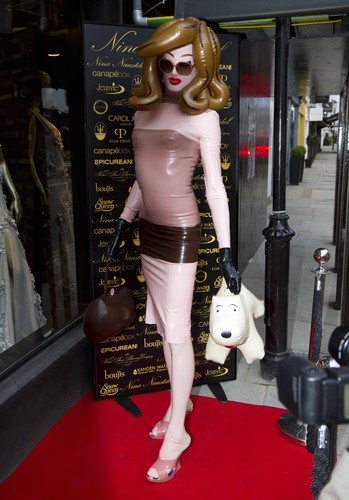 I was also quite impressed by new boyband Times Red. Getting into the music industry is a competitive business but they certainly look the part. Talk about chiselled cheekbones – all of them!

Photos From The Kardashians For Lipsy Party