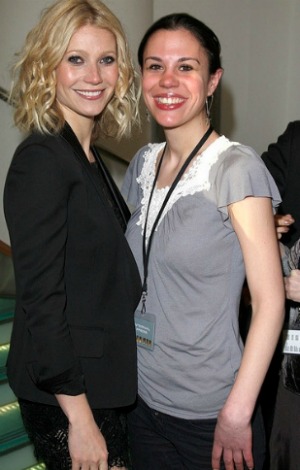 I have loved the Iron Man movie franchise since Day One (the photo above was taken on the day of the premiere of the first film back in 2008) and I think the fact that the 3rd one is about to release calls for a little celebration. Ok, well if not a celebration then at least a round up of what we can expect from the film? Oh yeah, and an excuse to show off about the fact that I met Gwynnie. She’s honestly one of the most beautiful women I’ve ever met – her skin is flawless and her legs go on forever.

But back to the present date, what can we expect from the current movie? Here are some exclusive pics from the film, which sums up what is going to happen. Turn away now if you don’t want these details, but don’t worry I will not reveal the ending…

This film is majorly different to the first two as Gwyneth’s character Pepper Potts gets hot and sweaty and full of kick ass action, rather than just being all pretty in the boardroom. According to some rumours, REPEAT RUMOURS, Pepper finds the fighting tough and may not survive until the end of the movie. Noooooooo! I hope that doesn’t happen.

But one really cool thing about the film is that Pepper suits up and at one point helps save Iron Man (Robert Downey Jr) when he is captured. Girl power on that one! 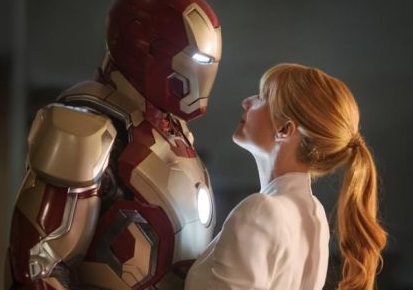 It’s a different director to the previous two films – Shane Black as opposed to Jon Favreau. And there is a new smart female character played by Rebecca Hall. She plays scientist Maya Hansen, who has a history with Iron Man and helps with the Iron Man suit. There’s a great interview on the Marvel website about her role.

But rather than have me describe it all, sometimes you’ll get more out of watching a trailer. Check that out below.

Iron Man 3 is released in cinemas in the UK on 25 April. Are you as excited as me?

VIP Workout: A To Zen Of Yoga Book