Gemma Arterton definitely deserves the title of ‘Most Glamorous Female’ this week, don’t you think?! The Bond girl was promoting the launch of British Airway’s new red carpet route to Los Angeles and oozed Hollywood glamour. The actress teamed her black peplum gown with voluminous hair and finished her sleek look with classic red lipstick.

Although she looked every inch the Hollywood starlet, has she always dressed so well for the red carpet? Let’s take a look at her style evolution over the years…

Gemma wore a classic column YSL gown with a simple blue sash to the 2011 BAFTAS. Although the actress looks effortlessly beautiful, do you think this outfit is too maybe too simple for the red carpet? 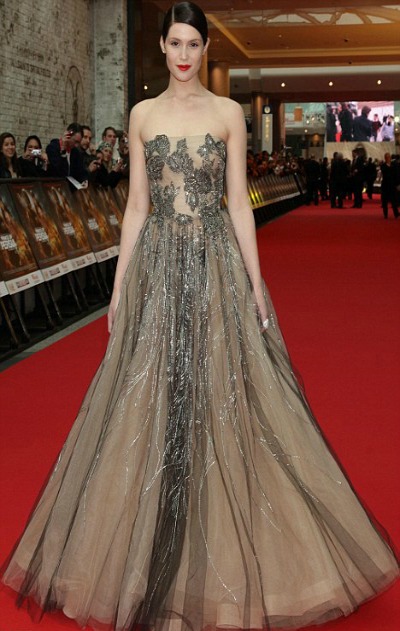 The Quantum Of Solace star stole the show at the 2010 premiere of The Prince Of Persia: The Sand Of Time. The actress wore a glittering Valentino gown that was lit up with beautiful beading. So to not steal any attention away from her dress, she wore her hair up in a simple ‘do and kept to her signature classic red lipstick.

Gemma arrived at the 2009 BAFTAS in this simple gown and although she still looks stunning, we can’t help but think that this outfit is doing her no favours. It all seems a bit much, no?

The beautiful Gemma has gone from strength to strength over the years, what was your favourite red carpet look? Leave us a comment below or tweet us @zoegriffin