I know since reading yesterday’s daily dose of celeb goss, you’re probably thinking, ‘this is too good, there can’t be more’, but you should never doubt it. A lot happens in 24 hours! Find out more on yesterday’s biggest story- Kate Middleton being labeled as a ‘shop-window mannequin’. And lets not forget about the Wireless Festival, it’s clearly going to be the event of the summer after confirming their A-list  line-up yesterday (we can’t wait to put on our wellies on!) . Find out all this good stuff below, enjoy!

The Duchess of Cambridge, Kate Middleton made her first royal engagement of the year yesterday in Clapham, South-West London. Since suffering from severe morning sickness in December, the princess is finally back to work with the first signs of her four month old baby bump. Find out more on this and who called her a ‘plastic and man-made’ princess here.

One of the most talked about news yesterday- the 02 Wireless line-up! And you guessed it, these suit and tie boys are going to be headlining the event. If you want to check out who else is going to show face, click here. You will not be disappointed!

After hearing Katie Price slamming Kelly Brook for being flabby and as she called proclaimed, a ‘hefer’ we see Kelly hit back on the comments saying that she was ‘attacked unfairly’. She also claimed to have a ‘huge bum’ (don’t be silly Kelly!). We’re glad to hear that her support has been overwhelming from fans- she deserves it. You look beautiful Kelly! More on this here.

Rita Ora does the ‘walk of shame’ Tuesday morning as she’s pictured with the same clothes on as the night before (something most party-goers can vouch for). Find out who’s house she was leaving here.

Wow- I feel like we’ve been reporting on preggos everyday for the last week! We love to hear about baby celebs on the way… maybe its just that time of year aye. It looks like Mario Lopez  and his wife, Courtney Mazza will be parents to a second child soon. He said he was the ‘happiest father in the world’ (awwe) and could not wait to welcome Lopez number two. Get the full news story here. 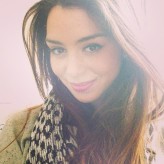