Last night saw a host of celebrities wow the red carpet in their best gowns at the 13th annual Whatsonstage.com Theatre Awards Concert held at the Palace Theatre in Shaftesbury Avenue.

It wasn’t an all female affair, but the female guests dazzled the red carpet as they arrived at the the theatre awards last night. Here are the best looks:

Kimberley who currently plays Princess Fiona in the Shrek: The Musical looked stunning as she showed off her enviable pins in this scarlet heart-shaped bustier number teamed with some beige heels and a nude clutch.

Kara went all out from her less than glamorous role in Absent Friends as she looked elegantly fresh in this intricately detailed silver gown which showed off her tiny frame.

Opting for a lengthy max-gown, Mel C popped in this ravishing red gown with a simple black clutch and her signature smoky eyes for an edgier feel.

This black lace number flatters Jennifer’s obvious curves leaving plenty to the imagination. Though we would’ve loved if she swapped the black clutch for a red or nude one to make her outfit stand out just a little more.

Danielle teamed her simple nude court heels with this midi-styled 50’s inspired dress adding a little glam to the night with a not-too revealing bust detailed area.Though we would’ve loved if Danielle added a brighter pink clutch bag to add that fresher touch to her awards look.

Best New Play – The Curious Incident of the Dog in the Night-time by Simon Stephens – at the National, Cottesloe

Best New Musical – The Bodyguard by Alex Dinelaris – at the Adelphi

The FEAST Best Set Designer – Tom Scutt – The Lion, the Witch & the Wardrobe at Kensington Gardens & Constellations at the Royal Court Upstairs & Duke of York’s 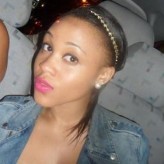 Celebrity Parties Over The Weekend