It can be hard to live that VIP lifestyle when battling embarrassing health problems. In truth, even the most glamorous among us have to deal with health embarrassment at some point. It may not sound glamorous, but it’s part and parcel of life. The trick to getting over difficult problems is getting them seen to as soon as possible. You don’t need to suffer in silence. The sooner you deal with the problem, the sooner you can get back to normal. We’re more likely to put off dealing with embarrassing problems because of a fear of talking about them. Even so, there’s no way around talking if you want to tackle the issue. The thing to remember is that doctors have seen it all before. It would be hard to show them something they haven’t come across. With that in mind, make that appointment you’ve been putting off. Here’s a list of some health concerns you might want to hide but shouldn’t feel ashamed of.

BREAST PROBLEMS
Breast problems are one of the most common things on this list. Women should feel their breasts for any changes. Most will come across something at least once in their lives. The main reason for avoiding going to see a doctor about such problems is a fear of getting topless. That, and a fear of having something serious wrong. You needn’t worry about getting your kit off for your doctor. They actually have seen it all before. They won’t think twice about your body, and the event will be stressful for no one but you. Once you’ve taken your clothes off in front of a doctor a few times, it’ll seem much more natural to you. Having a doctor look at your breasts is no different to having them look at any other part of your body! With not wanting to know if something serious is going on, you need to change your thinking. Nobody wants to find anything wrong with their breasts, but once you do find a problem you need to get it sorted. Not going to the doctors isn’t going to make the issue go away. If anything, it will just make things worse when a diagnosis does come!

Sexually transmitted diseases can be a touchy subject for many reasons. Many people put off getting tested for fear of having to talk to a stranger about their sex life. Then, like above, there’s a fear of exposing themselves in the doctor’s surgery. There’s no denying that most sexual screenings start with questions about your sexual habits. These questions will be general, and make up a small part of the examination. The doctor carrying out the examination will not judge you. It’s important you answer as honestly as possible. The only reason such questions are necessary is to ensure your test is as thorough as possible. You’ll only damage yourself if you lie or avoid such questions. With exposing yourself, there’s no need to worry. You may not have to take your clothes off during your screening. You can do many tests alone in a private cubicle. If you do have to expose yourself, know again that the professional in question has seen it all before. This is particularly the case of people working in a sexual health clinic, as all they deal with are genitals! Don’t hesitate to get tested and get any treatment you need.

Mental health can be embarrassing for entirely different reasons. In a world where we’re used to putting a brave face on things, it can be hard to open up when we’re not coping. In many ways, opening up about mental struggles is even more difficult than taking your clothes off in front of a doctor. It’s an automatic reaction to want to protect yourself from exposure in that way. Even so, if you’re struggling with mental health, it’s important you get the help you need. As well as a fear of opening up, there can be a fear of your doctor not taking you seriously. As soon as you take the plunge, you’ll realise that such a fear is unfounded. Your doctor will never laugh you out the door. It’s their job to listen and get you the best help possible. Awareness of mental problems is better than ever before. You shouldn’t hesitate to book an appointment. The best way to overcome your fear is to stick to the facts. Talk about your mental struggles in the same way as you would about any physical problem you have. Start by giving your doctor a list of symptoms. They’ll ask questions from there and will take the pressure off you. Once they’ve established the problem, they will act accordingly. You’ll either receive a prescription, or a referral for therapy. Once you’ve conquered your fear, you’ll wonder what the problem was! Talking about the issue will relieve a lot of the burden and make you feel better straight away. 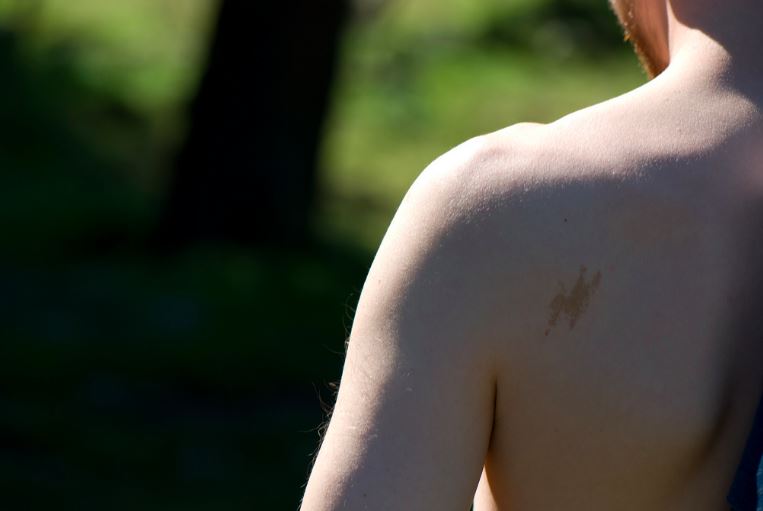 UNATTRACTIVE BLEMISHES
There are a number of medical conditions that can make you unhappy with your look. These can be embarrassing to talk about as well. Nobody likes to reveal something that causes them a lack of confidence. Even so, you needn’t suffer in silence. You doctor may be able to solve the problem. You don’t know until you’ve tried. Don’t get me wrong, being unhappy with your appearance in general may not be grounds for a visit to the doctor. Certain skin blemishes and problems do need medical attention, though. If you have a birthmark that makes you feel self-conscious or a skin condition, it’s time to get it sorted. Just like with the above points, it’s important to remember that doctors have seen it all before. They won’t be surprised by what you have to show them! Gaining courage to show one medical professional your problem could solve it. With some such blemishes, surgery will is necessary. It’s possible to address some skin conditions with something as simple as a surgical cream!