As a girl who usually works out five times a week, I’ve consumed my fair share of protein shakes. Strong is the new skinny and if you want long, lean muscles you need to repair them after you’ve hit the gym (or jogged for miles).

But did you know there’s now a new way to get protein into your system that’s a lot better for you – and the environment – than whey protein? I’ve recently been consuming Crobars, in which the protein source is from crickets. 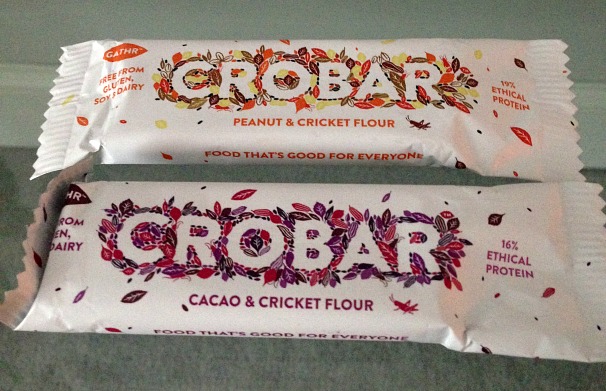 From the photos above, you wouldn’t be able to tell that each bar contained 27 crickets would you? And yet they’re made using cricket flour, which is being billed as the next superfood.

I’ve always been of the mentality that I need to look after my body as best as possible (as celebs put a lot of hard work into sculpting their trim bods). So I did some research about why cricket flour is good for us and found:

An added bonus is these bars are gluten and dairy free so they’re suitable for vegans and those with dietary intolerances. The only catch is you’ll have to make a decision – do you like the peanut flavour or the cacao flavour the most! (Being a chocoholic, I’m all about the cacao).
Want to try one? Visit the Gathr Foods website to see where they’re stocked and to find out more info.