Nothing compares to the feeling of accomplishment you get when you do something that’s frightening! It wasn’t the swimming outside that bothered me in the AJ Bell London triathlon, as weird as that sounds, and it wasn’t the 10km run despite a nagging calf injury. I hadn’t been on a bike since I was 11 years old after a nasty childhood crash and until 3 months ago I was petrified of riding a bike.

Therefore when I crossed the finish line at the AJ Bell London triathlon, it made me appreciate the power of human will and determination. I must have been one of the slowest cyclists ever, taking 1 hr 50 mins for a 40km course (an avearage of 12mph) but I finished without accidents to myself or others. And for me, that was an accomplishment.

If you’re considering a triathlon, let me talk you through why you should do London before any others: 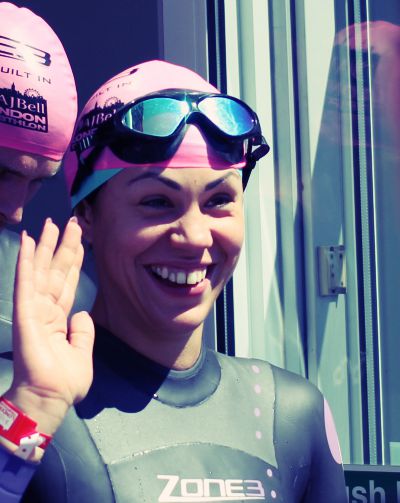 (1) 13,000 people will take part in this event over the course of a weekend. You get to bond with strangers – the atmosphere is incredible. In the photo above, I’m smiling as I spot my mum and dad in the crowd of spectators. They made friends too. 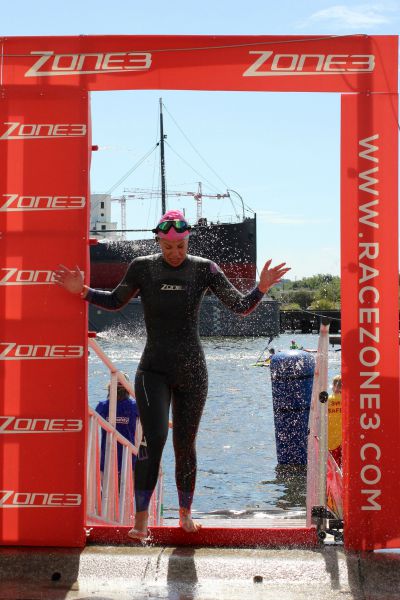 (2) How often can you swim in The Thames? Never! It’s pretty cool to see Canary Wharf as the backdrop of the swim. Also, City airport is so close, I was swimming with a plane taking off above my head at one point. I felt like a Bond Girl in an action movie. 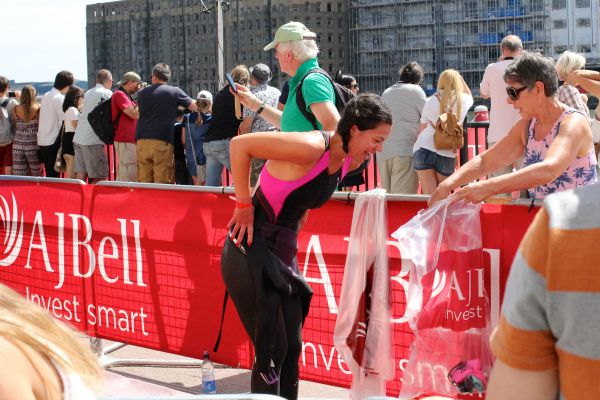 (3) After the swim, which took me a reasonable 37 minutes, you can see your supporters up close. My mum held out a bag for me to put my wetsuit in. You have to have your wetsuit fully in the bag before you are allowed up the stairs to the Excel centre. 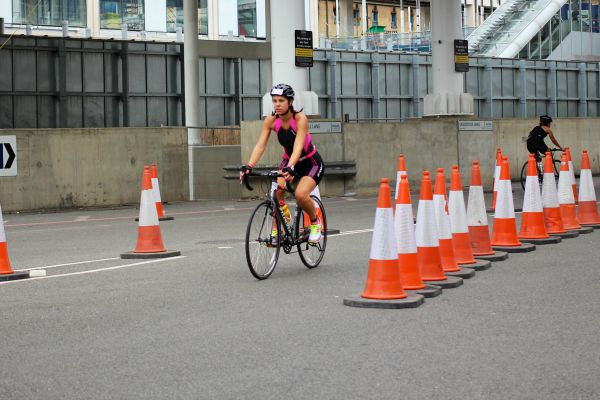 (4) The bike course is two laps of a 20km course and it is super flat (apart from a few speed bump measures). For most part, it is also wide so nervous cyclists like me could keep to the left.

As for the route itself, Canary Wharf was interesting scenery on the bike course but it did get narrow at times in Canary Wharf! I liked when we were riding near traffic as the people in the cars most shouted support.

(5) The 10km run was probably my favourite part. It was 3 laps of a course around the ExCel centre with plenty of water stations and packed with supporters the whole way. There was loud music, there were hose pipes to run through to stay cool and did I mention the supporters? How could you give up when people are cheering for you non-stop? 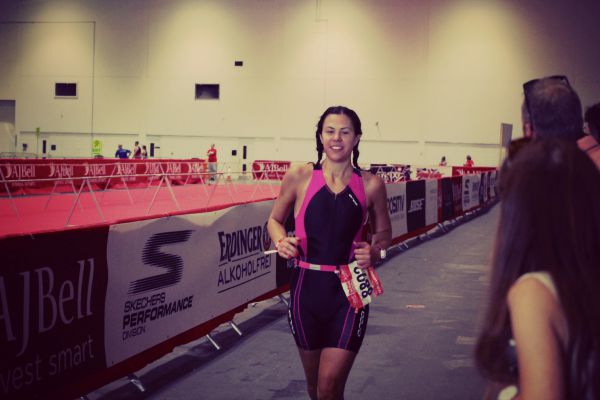 (6) You get beer at the finish line. Shortly after this photo was taken, I received a medal and a pint of Erdinger. Here’s me with my medal in a bar in Docklands later on in the evening: 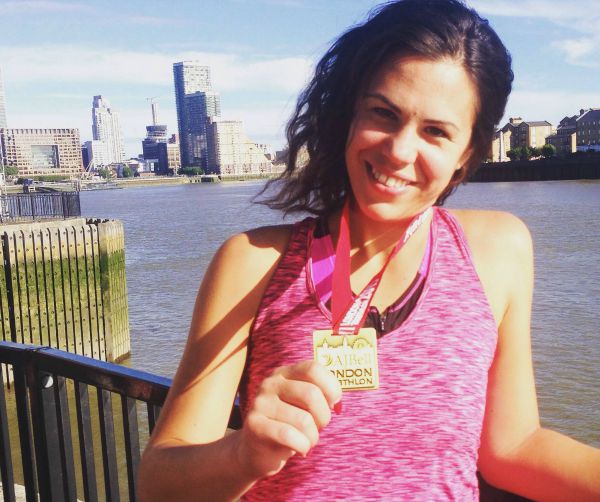 London has plenty of places to celebrate after the race and then I didn’t have far to travel home after the event. I could attempt sleep in my own bed (although my mind was racing) and I could get some cuddles from my Chihuahua.

Celebrities including Lydia Rose Bright, Charlie Webster, Toby Anstis and Jason Bradbury did it, so it really is the triathlon for VIPs. If my photos weren’t enough insight, then you can watch it / record it on Channel 4 on Saturday 15 August at 7am.

See the AJ Bell London triathlon website for details about how to register for next year’s race.