Hi VIPs! The Live Like a VIP team is en France for possibly the most glamorous film event of the year in Europe – The Cannes Film Festival.

Last night we went to the De Grisogono party with Cara Delevingne and Leonardo Di Caprio, which we’ll blog about very soon, but this is what we got up to on the first day. 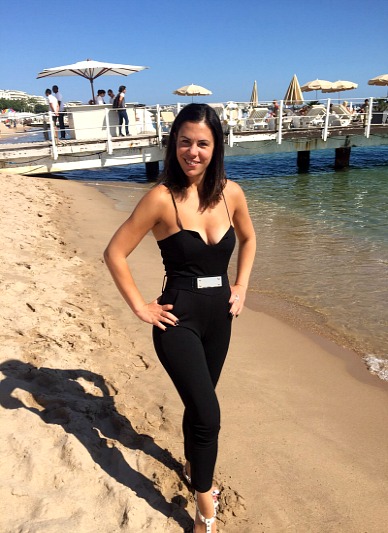 After a very early wake-up call, made slightly easier by VIP valet parking at the airport by Looking 4 Parking, we arrived in Cannes at 10am. So what did we do? Head to the beach, where we bumped into a girl that lives life even more fabulously than we do – Paris Hilton! 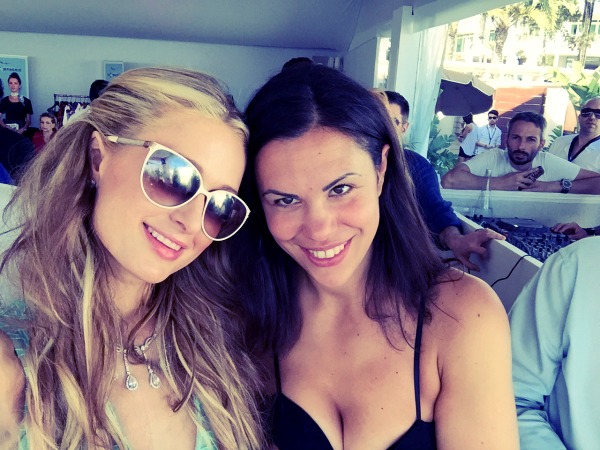 Paris and I were guests of Joe Fournier, an international nightlife and lifestyle entrepreneur, who owns Bonbonnerie club in London (among other projects). However, I get the feeling Paris is a closer friend of his than I am. There was deifnitely some chemistry there and I heard they were both staying at the same hotel. In separate rooms? Who knows?

In the flesh, Paris is a lot more down to earth than I expected. She even brushed my hair before we took this selfie because she wanted me to look good. She was wearing BCBG by Max Azria in turquoise, which hugged her gym honed physique. But she’s not all saintly as we did a vodka shot together. I mean, if Paris Hilton asks you to do a shot with her then you don’t turn it down, do you?

Later that night was the premiere of Inside Out, for which Paris had a dramatic outfit change:

She was in complete contrast to Poppy Delevingne, who dazzled in green.

But British model Lily Donaldson was perhaps the classiest in her shimmery maxi dress. The Brits do know how to do evening dresses!

Want some more Cannes gossip? We are there all day now and staying til Sunday, so we’ll have plenty more news tomorrow. You can also follow us on Twitter and Instagram – livelikeavip