When people become famous, it’s often expected that they live a perfect life. What’s more, we don’t get to know much about what stars did before they became famous or the years of graft that go into becoming an ‘overnight success’.

However, if you look hard enough you may find Madonna talking about how she left home and went to New York with barely 50 cents to her name. Ed Sheeran slept outside as a homeless man before hitting the big time. Lady Gaga sang at two or three venues a night, playing the piano herself and making her own clothes. Even Gerard Butler, photographed with co-author Ross King  and the book below, was sacked from his pre-fame lawyer job.

Now what, if something happened before a star was famous that was so sickenly massive they were always looking over their shoulder, scared that their secret would emerge? This is what it’s like for the main characters in Taking Hollywood. 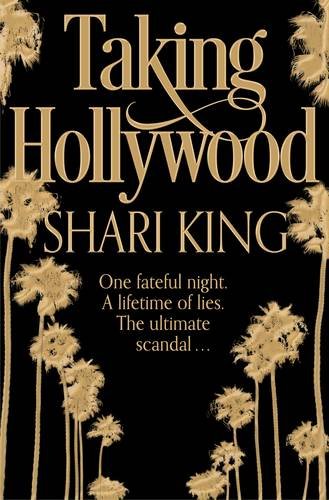 Mirren, Xander and Davie grew up in Glasgow . Now each are Hollywood names in their own right. Xander, a drop-dead gorgeous successful actor, Mirren, a screenwriter and creator of one of Tinseltown’s longest running historical movie frabchises and Davie, the creator of television formats. They avoid each other at all costs. The secret has already destroyed their friendship and they mustn’t let it destroy their careers or their current family life.

From start to finish, this book is packed with glamour. With all the name-dropping of a Jacquie Collins novel like The Beverly Wilshire, the patio at The Ivy and The Parker Palm Springs, I loved this book because it made me completely forget where I was. In reality, I was sat on the top deck of the no 78 bus travelling to and from my office in Shoreditch, but in my head I was in Malibu in a beach house like Mirren’s. 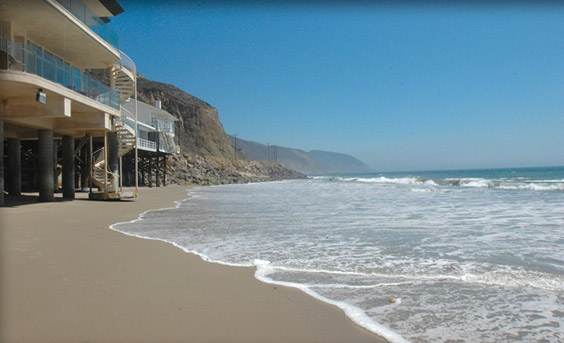 However, it’s the intrigue that kept me turning the pages. With drama split between the current day and the past, before the life-changing event, you’re constantly wondering what could have happened to make the characters so scared. Moreover, will we, the readers, find out what happened through the narration of the past event, or will it be revealed in the present day thanks to another strong character – a feisty journalist? This journalist is completely dedicated to solving one of Gasgow’s biggest gangland mysteries and her passion for her job is so absolute it makes you scared on behalf of the three main characters.

Written by the two people above – showbiz journalist Ross King who has spent years in LA on this very ‘Hollywood’ scene and Shari Low, a Glasgow newspaper journalist and successful author – you can guarantee that each setting and situation in this book is totally realistic. This is what makes it addictive. As I related to the characters I was desperate to find out what was going to happen to them. It’s a hearty size book – ….pages – but I finished it quickly. It’s rare to find a book that makes me start to look forward to the daily commute, my ‘reading time.’

With murder, fame, glamour and suspense, this book is a hearty measure of Jackie Collins with a teaspoon of Martina Cole and a sprinkling of a detective book, except the journalist is the detective. I hope there’s a sequel!

Check it out at Amazon and tweet us your thoughts – @livelikeavip