It’s all very well putting on a VIP show to the world with our fashion and beauty but nobody is truly a VIP until their house is in order. I want to tackle this problem room by room, starting with my  favourite room of the house – the bathroom. Every moment I spend in my bathroom is ‘me’ time – luxuriating in the bath, putting on a luxury hair treatment or applying a face mask. It’s the place I go to escape the world and that’s why it’s important it’s a space that makes me feel special. Don’t you want the same?

Until recently, I didn’t think there was anything wrong with my bathroom. The bath’s a good size, I have a heated towel rack and there’s a powerful light above the mirror (essential for applying make-up). But then I visited the Baglioni Hotel in London’s Kensington and I got bathroom envy. Immediately, I wanted to re-tile my bathroom but then I got busy with work and I put it off and thought no more about it…until I visited the W Hotel in Leicester Square. 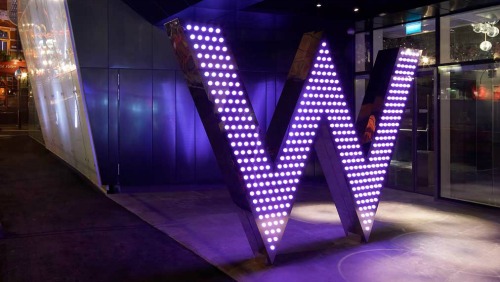 Inspired by London’s most luxurious and VIP hotels, I’ve got some inspiration for my own bathroom. So have a read of the five things I’ve learned from hotel bathrooms below and let me know if you have any other suggestions. Tweet me @livelikeavip 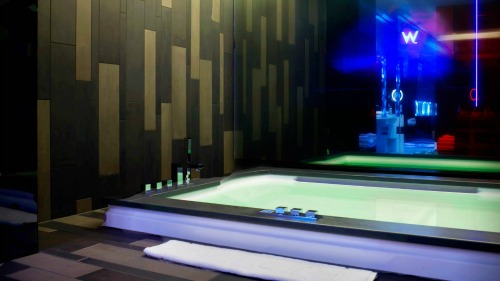 I said earlier that my bath is a good size but it doesn’t have any exploding bubbles! Obviously I use bubble bath and drink a glass of fizz in the tub but how cool would it be to have massage jets? 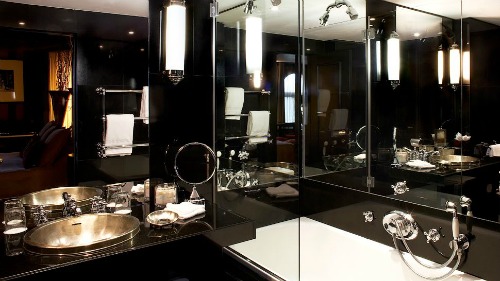 When I first walked in this bathroom it took my breath away. The black is so sophisticated and classy and very unisex – it might encourage men to spend more time in the bathroom, which can only be a good thing judging by most men’s feet. (I HATE MEN’S FEET!)

Black can obviously make rooms appear smaller so you do need to have a lot of mirrors in a bathroom like this. 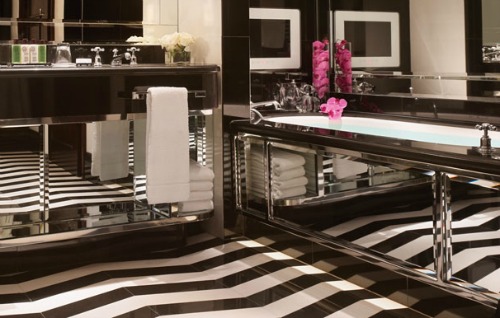 I know it’s weird to think about something as small as the taps but I like old fashioned hot and cold taps rather than the new ones that mix hot and cold together. I know its easy to burn yourself on the hot tap but I’d deal with that (turn it on gently) for the way it looks with these old school taps 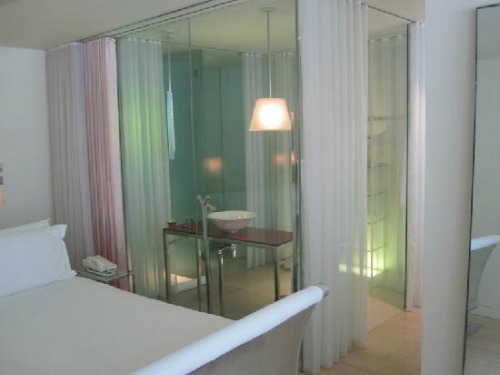 I don’t want a sink exactly like this as it wouldn’t go with the taps I like but seeing the solid basin in the bathroom of the suite at the Sanderson hotel (when I attended the Kardashians for Lipsy press day) made me realise the importance of having a solid washbasin. If it’s good quality ceramic then it’s looks more luxury and us VIP need luxury. 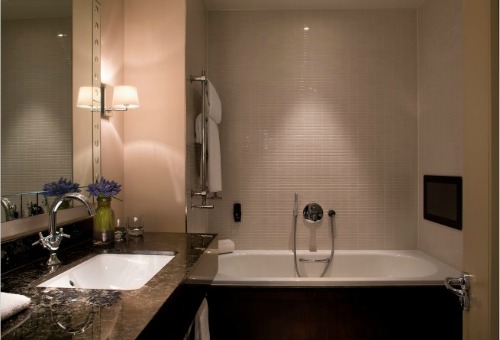 I am in two minds about this. I do spend a lot of time in the bath and it would be cool to watch TOWIE in the bath with some bubbles. But being in a bath is good thinking time. I think the solution should be to get one and I don’t have to turn it on all the time.

What do you think to my plans? Reckon all the five elements will mix together? Reckon I need anything else? I’m getting a bit obsessed by shopping for fittings for luxury bathrooms