Hello VIPs! Start of a new week! Make it a good one! Here’s some juicy showbiz gossip to get you started!

Amy Willerton has arrived back in the UK after a whirlwind trip to LA! She was spotted at Heathrow with a Union Jack suitcase after rubbing shoulders with Harry Styles and Mario Lopez Stateside. She even managed to sign up to a Hollywood talent agency, Octagon Entertainment. Guess we’ll be seeing Amy on the big screen soon!

She may have been involved in an intense love triangle on Celebrity Big Brother but rumour has it that Casey Batchelor dated Will.i.Am for 6 months before entering the house! They apparently spent a lot of time together when Will was in the UK last year filming for The Voice UK. Will she go running back into his arms once the show is over? Only time will tell!

Niall Horan is set to recovering well after a successful surgery on his knee. He asked for privacy from his fans whilst he is recovering and was seen hobbling around on crutches! Let’s hope his knee heals up well before the Where We Are tour kicks off in April!

Mark Wright celebrated his 27th birthday this past weekend! The former TOWIE star celebrated with a surprise party in Manchester alongside his girlfriend Michelle Keegan and whole host of imitators! Looks like a good time!

Madonna is in trouble after using a racial slur to describe her son Rocco in an Instagram caption. However, she realised her mistake straight away and deleted the picture minutes later and issued a public apology! Lesson learnt!

Kim Kardashian shared more adorable snaps of baby North West on The Ellen DeGeneres Show. The 7 month old seems to get cuter each time a picture is released. She looks like such a bubbly little baby! Gorgeous!

Selena Gomez is the new Seventeen Magazine covergirl! She also opened up about taking advice from Katy Perry, who may have had a hand to play with her Justin Bieber break-up! We can all agree though, she’s better off without Justin- especially with his recent reputation! 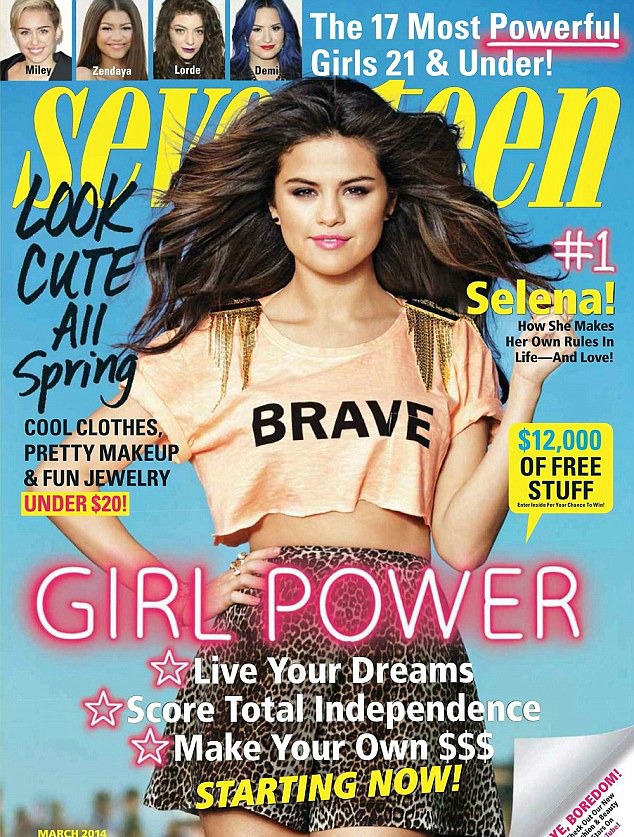 Shia LaBeouf head-butted a man in a London pub and then proceeded to make an apology which was filmed! His anger stemmed from an insult which was directed to his girlfriend’s mum. Oh Shia!

What did you think of today’s showbiz gossip? Tweet @zoegriffin your thoughts!