I interview a lot of music artists and I have never encountered anyone like the two sisters that make up the girl band Major. Model and former Bond Girl Irene Major  (below left) and her vintage clothing expert and fashion stylist sister Elsa (right) are the most glamorous girl group that I met in 2013…and quite possibly in the whole of the 2000s. 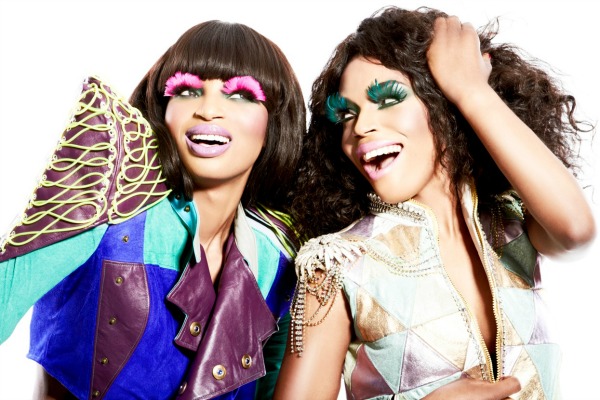 In the Spice Girls, Victoria Beckham was known as Posh for her love of designer labels while in Girls Aloud Cheryl Tweedy always had help from an army of stylists to prep her for the X Factor, and now The Saturdays have access to designer handbags and the odd statement dress. But glamour doesn’t stop at clothing alone, as I found out when I met Major. The sisters do things their own way – the best way they can –when it comes to interior decoration, cars, shopping, cooking and socialising. Plus Irene has her own charity. These girls may have a lot but they don’t take it for granted, and you’ll find out from the Major VIP tips below that they’re good at sharing.

I met them in the Rivoli bar in London’s iconic Ritz Hotel to find out more about them. Their debut single Love Me Boy had 1.3 million YouTube views, they have 50,000 Twitter followers @majormusicHQ) and I wanted to find out what made them so successful. At our meeting, I was glad I opted for a black dress, but I did wish I let my hair down loose. Both sisters have fabulously full hair – so thick and glossy! 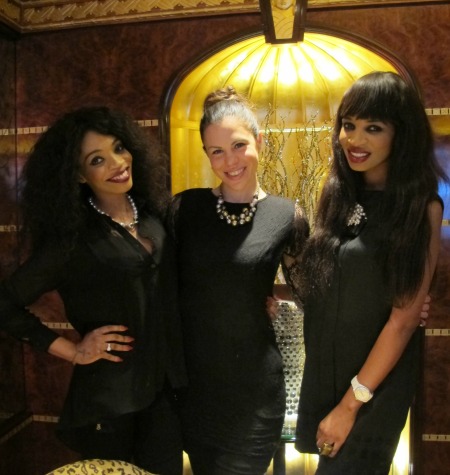 The girls have the looks from their Cameroon origins (they grew up in a family of 9 children), but they also have the elegance and charm and occasional frankness of French women as they were educated in Paris. And it’s the charm which struck me most during our meeting, which started out over Champagne and ended up with a delicious lunch in the opulent Ritz restaurant.

It’s not just because they have material things that I envy (although Elsa arrived at our meeting with a sickeningly gorgeous new pair of five-inch high Christian Louboutins), but because they have a bright, positive and strong attitude to life. They set goals for what they want and then they go out and get it and have fun along the way. I get the impression that they would be fabulous whether they had access to cash or not. I know if they didn’t have any money they would just make something pretty and dance along to their own music. After all, they did grow up in a family that had 9 children – they know how to improvise! The sky’s the limit for these ladies, which makes the name of their newest single, Birds, pretty appropriate. 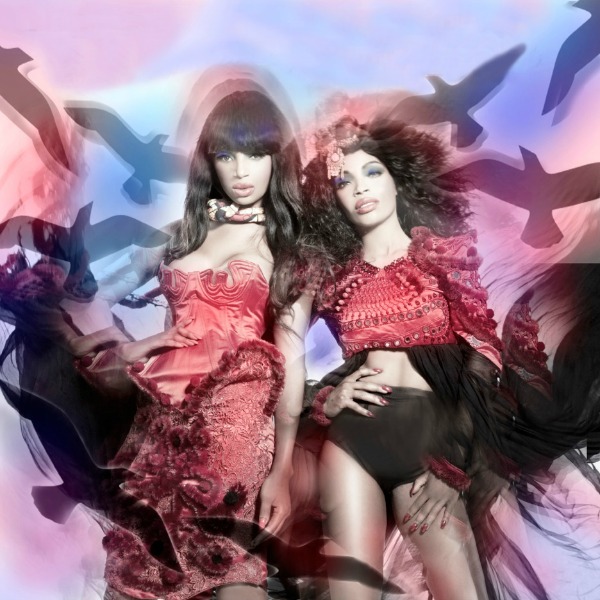 However, unlike Love Me Boy which was bright, upbeat and kitsch, their song Birds is more dark and full of angst. The fact that the girls can swap between the two emotions shows their range. It means we have completely no idea what they will do next as the only thing I can see that’s similar in the two songs is a fabulously dramatic video. I mean, check out Birds below:

I find it inspiring to learn how the sisters live their lives because if it’s possible for someone to be that fabulous it’s possible for me too. Before Roger Bannister ran the 4 min-mile people said it wasn’t realistic. Before I met Irene and Elsa Major, I thought such a lifestyle only existed in dreams. But they have it and therefore it is possible. It’s not easy to achieve and it will require vision and a plan to get the money to enable you to do it, but it is possible to set your goals higher and have this as a target.

Fashion – The first rule of being Major is the shoes need to be fabulous. Christian Louboutins are good but please don’t wear them in public if you can’t walk in them. Practise at home and wear wedges in the meantime (Celine do good ones). In terms of handbags, make it a super exclusive limited edition one – a Hermes Birkin one (or a few in different styles) are good investments, but you could always try carrying a birdcage as well in homage to the name of Major’s most recent single. Finally, ALWAYS carry a pair of sunglasses because sunglasses and a pout make a girl photo ready at any time. 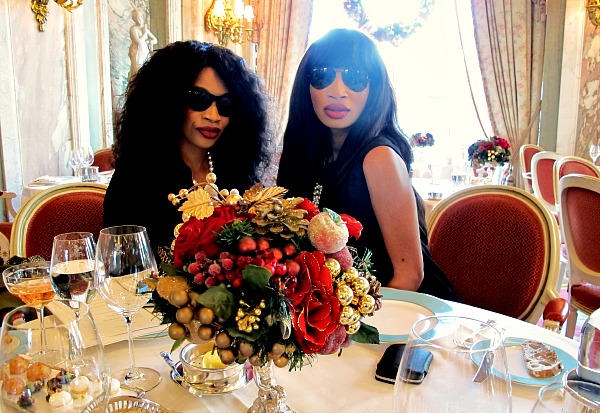 Beauty – RED LIPSTICK! I’m writing this in capital letters because it is vital. Irene admits she puts her lipstick on at 8am in the morning and re-applies it all day and all night. Make sure you carry a mirror round with you to check up on your lipstick. Some consider it high maintenance but those with taste consider it fabulous.

Travel – Forget brash new sports cars, these girls have a classy collection of vintage cars. Yes, a collection. Why stick to one when you can change your ride to match your mood (or your handbag)? However, if there is likely to be a traffic jam, they would take a helicopter. Not because they’re showing off but because they’re too busy to be stuck queuing. They’re constantly jet-setting around the world with Irene having just returned from three weeks in Madagacsar hosting their version of The Voice music TV show, they visit Paris a lot and then they’re invited to all the most important events of the London social and entertainment calendar from film premieres to fashion shows to art launches to polo matches. A Major girl has places to go, people to see – there’s no time for laziness.

Hangouts – Home for Irene is a former Abbey that has 47 rooms. It’s so big that tourists mistake it for a natural trust property. Elsa has a wing of the house as well as her flat in London and it’s that wing I wish I could see. Everything is animal print including the wallpaper, the bed and the chairs, although it is interspersed with gold as an open staircase runs through her apartment. There’s a ballroom, modelled on The Ritz restaurant, with lots of mirrors and good lighting. These girls have the right idea in terms of interior design inspiration – they look at hotels / bars / restaurants they like to hang out in and they take the best bits for their home so they can be surrounded by it 24/7.

The Ritz is a home away from home for these girls because it’s just as well put together as they are. For example, a lot of care and effort goes into the presentation of the creme brulee I sampled (below) and it takes a bit of conscious effort to getting the details right so you can be as glam as Major. 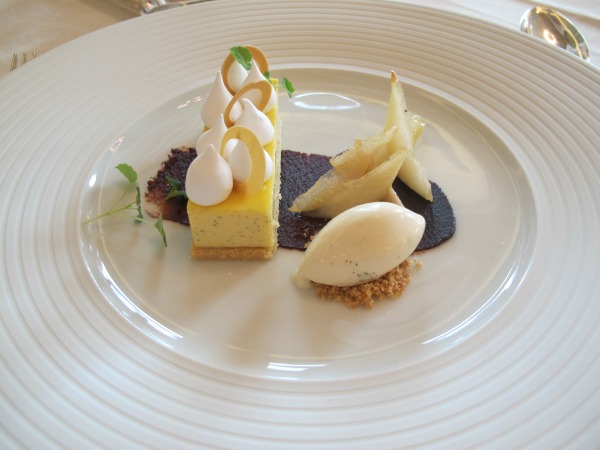 Attitude – Firstly, the Major girls are always charming, warm and friendly. They don’t complain about being tired (depsite the fact Irene only arrived in the country from Madagascar one hour before our meeting) and they ask questions from their guests and listen. If you want to be like Major, work on your manners! Secondly, the girls are truly humble as Irene has started a charity to help poor people in her native Cameroon and Elsa is also involved with it. If you want to be like Major, look at what you have and be grateful. Finally, I saw the Major girls treat their family and friends really well, never taking anyone for granted. At Christmas, their Abbey is opened up to any of their friends / family who doesn’t have anywhere else to go over Christmas and everyone gets a present to open.  I think it’s because of Major’s attitude, not just because of their fab songs that makes me excited about their future. In music you have to work for what you get and these girls showed me they were willing to do that.