Are you in the mood for even more partying this festive season? Would you rather swap the office party for a night of exciting VIP glamour at an awards ceremony in the heart of London’s West End? Here’s how you can meet celeb VIPs and enjoy top quality live comedy and music entertainment at the Screen Nation Celebrity Xmas Soiree.

Screen Nation is the only industry-related film and television awards event that specifically celebrates the leading professionals of African heritage from the UK and overseas. Since being founded in 2003, the organisation has commended stars such as Thandie Newton (Pursuit of Happyness, Mission: Impossible II),  Danny Glover (Lethal Weapon, Saw) , Paul Barber (Full Monty, Only Fools and Horses) and singer/songwriter Lemar.

Next Tuesday (17 December), Screen Nation is holding its Digital-iS Media Awards ceremony, which will specialize in awarding some of the best work being published online by black British and international digital media creatives, including categories that cover short films, web series, blogs, magazines and social networks.

The Screen Nation Digital-iS Media Awards reception, ceremony and networking event will be held at Google London HQ, London from 3pm – 7.30pm, hosted by Afrobuzz presenter James Sherwood who will be joined by a number of VIP guests including well known personalities from the worlds of film, TV and media. The evening will also be live-streamed on Google+ Hangout, with highlights of the event broadcast on Vox Africa (Sky218) a few weeks later.

The after party will be held on the same evening  (Tuesday 17th) from 7pm – 12am at a secret City of London venue. This event also doubles as the Screen Nation celebrity Xmas Soiree in conjunction with J2 Konsults. Tickets include complimentary party food, wines, lagers soft drinks and goody bag and music by award winning DJ Abrantee of Capital XTRA and DJ Wiley. 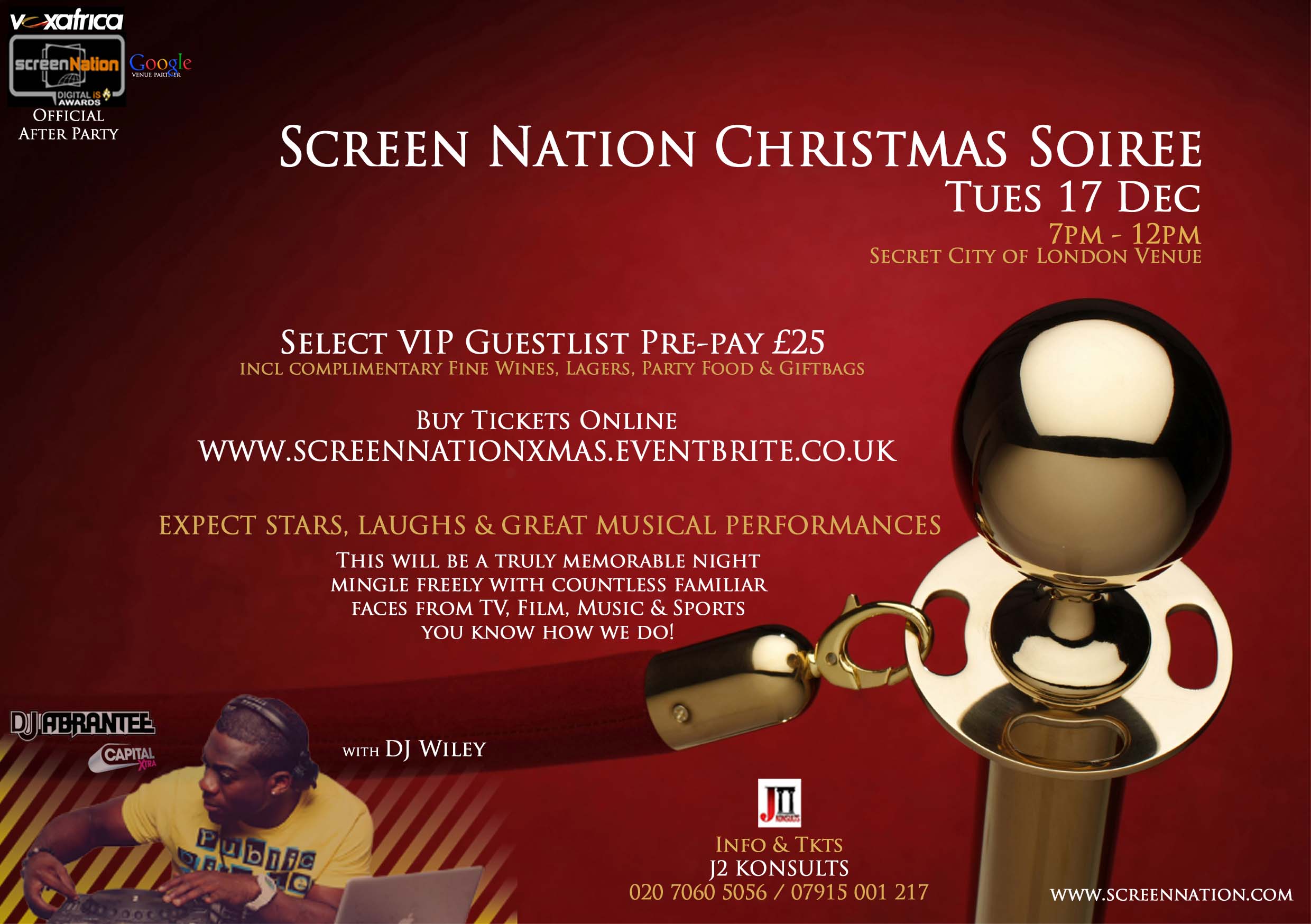 VIP Deals To Wipe Away The Blues