If you’re flying all the way across the Atlantic to America, you might as well make the most of it to see a couple of areas at once. Live Like a VIP’s Amar Sejpal combined hanging with Lady Gaga in Las Vegas with swimming with dolphins in Cancun, Mexico. If you fancy following in his jet-setter footsteps, these are his travel tips:

Itineraries become impossible to follow when you have 9am frozen daiquiris with Lady Gaga (in Madame Tussauds), 1pm gondola rides along the strip and you can’t tell the time inside the casinos, which are air-conditioned and feel the same at 5am and 5pm. Therefore, this article will not give you an hour by hour plan but I am about to tell you there are five things you must visit when in Las Vegas.

The only club in Vegas that opens up its back doors to the landscape of the rest of the strip is Hyde, situated in Bellagio. After being treated to a few drinks by some wonderful PR folk, Hyde certainly lived up to the party scene I was expecting in LV.

The selections of music from DJ Five help to put in practice ‘stripper therapy’; a segment of a a programme frequently played in your hotel room TVs. Basically this is a nightspot to hit. 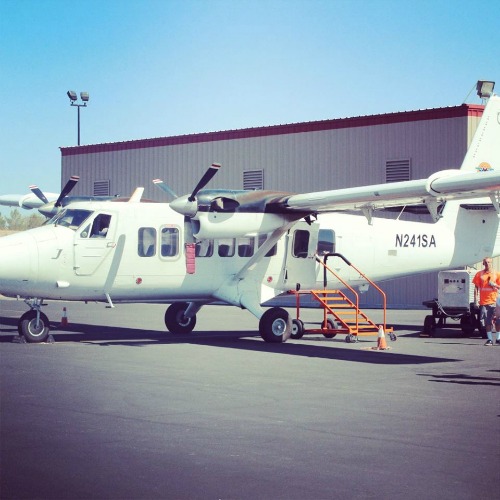 Learning that I couldn’t stomach a stroke of turbulence on smaller aircraft wasn’t how I wanted to experience the Grand Canyon tour. However the captain of Papillon’s tours put the seat belt sign on and flew us across one of the Seven Natural Wonders of the world, the Grand Canyon. Located in Arizona, not too far from central LV, the tour offers amazing landscape and history. For example, American Indians still live in and around the canyon and have for thousands of years. And, fossil footprints have been left by more than 20 species of reptiles and amphibians but the fossilised skeletons or bones have never been found in the canyon. 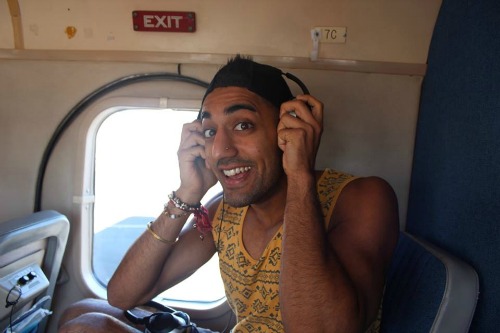 LeAnn Rimes once sang on the top of the bars of this place, making you feel like making love on a bar top was okay. While I didn’t personally try this, I did however watch boob-shaking women at Coyote Ugly.

Identical to the film, the bar located in Hotel New York New York offers that traditional American bar feel but with cocktails to help you get over your ex-boyfriend i.e. a great fruity vodka mix, namely the Ex-Boyfriend.

David Copperfield doesn’t need advertising to put bums on the seats at his show at the MGM Hotel. Aged 57, Copperfield still pins the art of showmanship and magic on stage, giving the audience that exactly right performance.

A standout trick worth paying a hundred something dollars for is his disappearing car act, making you question whether you’re having a hangover from hell. However pinching me that it was all real was David himself, pictured backstage with me below. 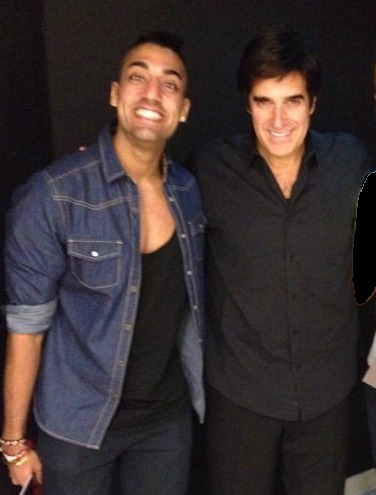 Living life like Jay Sean (the only comparable Asian male to myself), I was guided inside of XS, at Wynn hotel, where David Guetta was playing. Split into tens of seated booths, XS has a dance floor large enough for groups titling themselves as ‘wolf pack’ and ‘Minaj-esties’; resembling scenes from an urban edit of Grease.

The club is set in front of a pool that converts into one of the most spacious open-air dance floors on the strip. Inside, the detail of décor is touched with chandeliers, red velvet and leopard print; all very swish and worthwhile.

And then stopover in Cancun, Mexico…

With my A-Z map of Cancun and Pesos at the ready, I was ready to haggle in the central markets, eat the most authentic burrito and party with an oversized sombrero. But do that after you’ve done these three things… 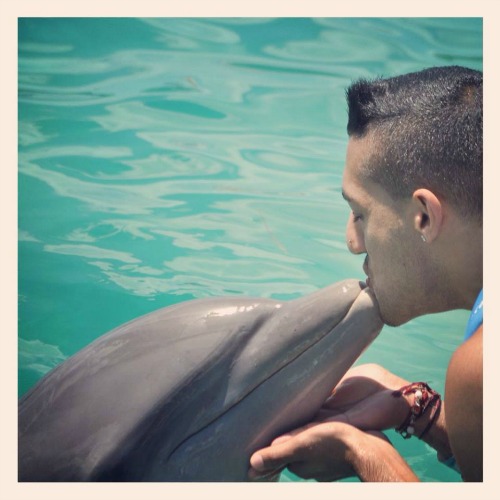 Flipping around with some dolphins is sine qua non/absolutely necessary. Thanks to Dolphin Discovery, I was treated to the Dolphin Royal Scheme, designed to exceed my expectations… and loosely knotted trunks! Me plus two dolphins meant I felt the rush of being pushed by two dolphins at top speed by my feet across the waters. Customers should ensure their bikini panties and trunks are tied firmly as the speed of the dolphins pushing you can cause them to unfasten and fly away. Bar this, another highlight is the dorsal taw, where the dolphins take you through the water as you hold onto their fins.

Okay, so promoters bustle the streets of Cancun, insistent on wrapping a wristband around you. All the while where characters from The Mask, Spider-Man and Homer Simpson come in their tens to take pictures with you and then make you pay for it.

I recommend Coco Bongo nightclub, which is a popular nightspot. It does exceed your expectation of the regular nightclub. Every 30 minutes a tribute performance of a film or artist will be flown above your head or be thrusting on stage, giving you a club/theatre experience you won’t find anywhere in the world.

Barter with street vendors or your hotel concierge for cheaper deal.  For here and all clubs in Cancun, you’ll be charged a heavy one-off fee for entrance but then you get unlimited free drinks inside.

Located in the municipality of Yucatan, Chichen Itza is a large pre-Columbian city built by the Mayan civilisation. With the architecture originally built to tuck in a population of 4,000,000, the Mayans logically built the pyramids, stages and game courts to serve the purpose of easy communication and to enrich the closeness of the community.

Chichen Itza, in translation, means ‘at the mouth of the well of the Itza’. Many Mayans still live here and have incredible stories to share if you talk to them. Including the fact that when babies were born, they would want their babies to resemble the Gods, which are based on aspects of nature. So they would gently and eventually reshape a baby’s soft skull to mirror that the shape of a jaguar or tiger.

Safe and happy travels!  If you have any travel tips for us or questions about the areas, please comment below.