We all have to do exercise to stay in shape. If you want to look toned like a celebrity, it’s the only way. But earlier this year I discovered a method of exercise that I actually look forward to. If it wasn’t for my body literally screaming at the end of a class I could do Barry’s Bootcamp all day. (I wrote about my experiences at the start of the year here).

Exercising at Barry’s is like being at a party with low lights, loud music and some truly good looking people to look at and it’s just got even better. Now there’s a theme party every week as they’ve just launched their Ski Sunday classes. And you know what a launch means, don’t you? Party time! 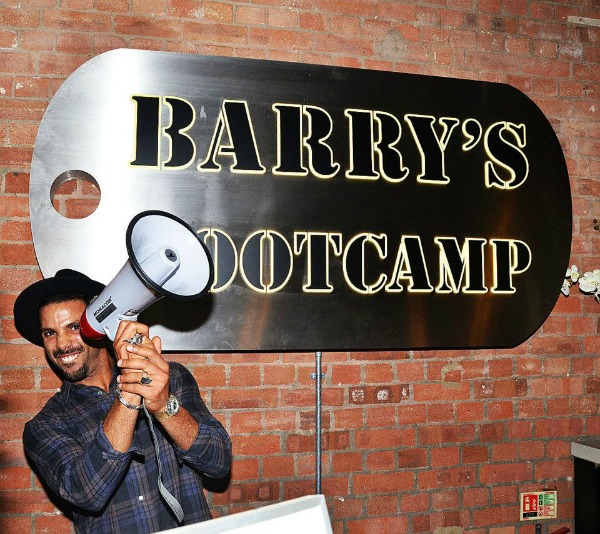 The launch party took the form of a class led by Jay Revell (above) – a commercial dancer, who’s worked with tons of celebs and on TV shows. He actually taught the class topless in salopettes (see what I mean about the class being fun?) And Leona Lewis was one of the participants. Barry’s Bootcamp is VIP in every sense.

This is what the gym looks like inside. On launch night, it was absolutely packed. The class is 60 mins long with rotations between resistance training on the floor and running on the treadmill and so it makes you fitter in the cardio sense as well as stronger. 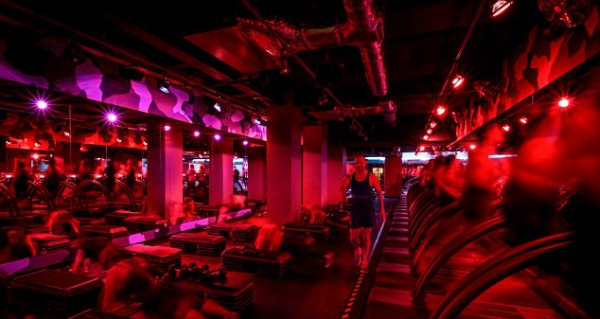 After the class, it was time to refresh! Apres-ski themed London nightclub Bodo’s Schloss installed a pop up bar and first on the menu was some healthy wheatgrass shots. 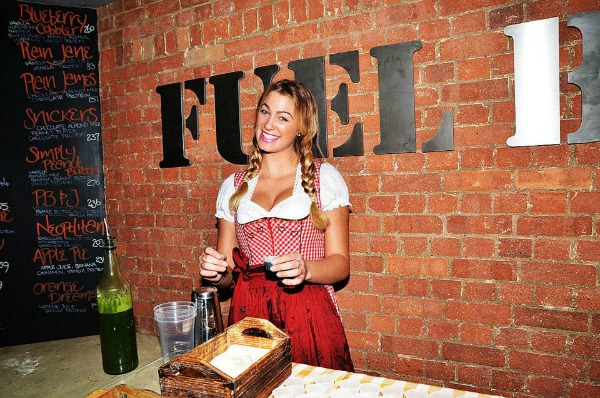 Down the hatch, girlies! It was good prepapration for the uber strong cocktails that followed. 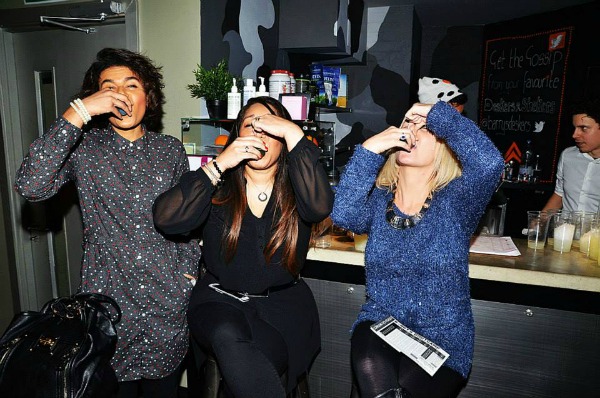 Here’s me and Joe from Ikon London testing out the Snow Angel cocktails. The more I drank of these, the better my outfit looked, In my defense , it was fancy dress! 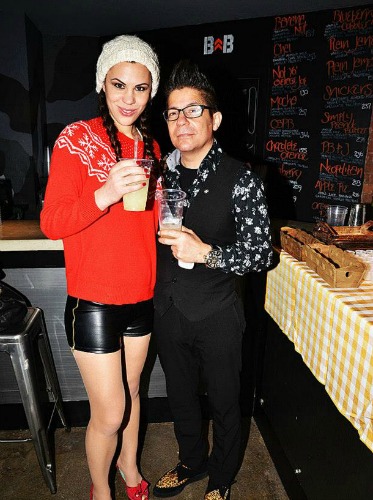 Barry’s Bootcamp co-owner Sandy Mackasgill and trainer Olly Truelove allowed themselves a treat day to sample the cocktails too.This is the most relaxed you will ever see these guys. Normally they are bounding up and down the gym studio floor, telling you to turn the treadmill speed up or to keep the weights repetitions up. 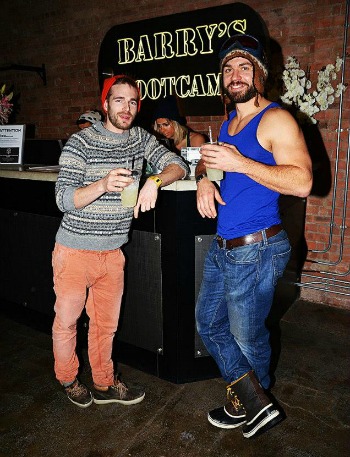 Last season’s Big Brother contestant Gina Rio told me that she loved it and would be back. Gina’s just signed off an important project so prepare to see lots more of her in 2014. That’s why she needs to get in shape. 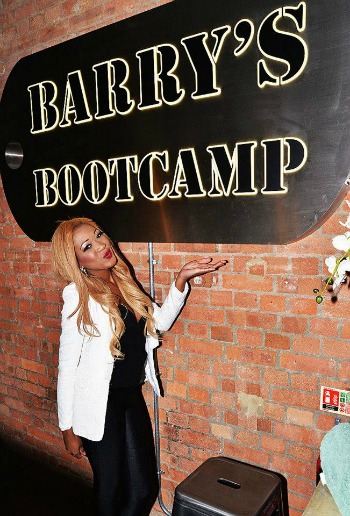 Barry’s Ski Sunday classes will be on Sundays (obviously) and can be booked online. They are priced on an individual basis so you can pay as you go with no commitments.

Why wait til January to shape up when you can start now so you’ll have less to lose in January!

VIP Body: How To Maintain A January Weightloss