Many of us go to festivals over the summer, but most of us don’t spend the summer months planning our own! But that’s exactly what cancer survivor Helen Meissner has been doing to raise money for Cancer Research UK and Folkstock Arts Foundation; a community interest organisation created to provide a platform for up and coming acoustic artists looking to get signed. 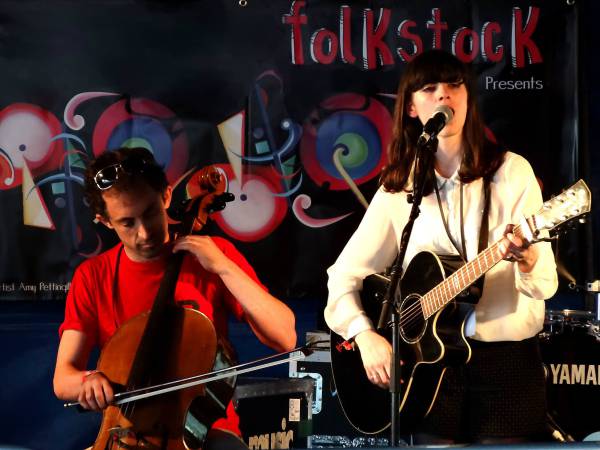 Helen has a small team working for her Folkstock Festival, including myself – taking care of blogging and marketing – and patron is Dave Swarbrick from 70s folk rock band Fairpoint Convention who have been putting our heads together to make this Saturday’s festival a success.

Aside from masses of paperwork, designing logos, posters (all art work is from independent local artists – no PR companies), creating a brand, building a reputation, dealing with ‘technicalities’ and keeping 78 acts across 4 stages happy (and local residents of the venue too); there is a lot of mixing, mingling and VIP meeting involved in running an independent music festival.

One of my favourite things about the festival is that we have a spa and salon area offering Reflexology (feet or hands) taster sessions, Indian head massage taster sessions, hand massages, hair chalks and braids – for all the ‘glampers’ out there! There’s even a vintage tea tent too. 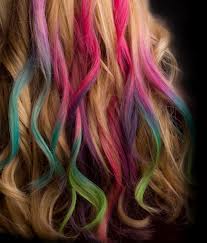 Recently we’ve been trying to gain some celebrity support, which is not always an easy feat when you’re an independent festival with a niche audience. Although ‘Folkstock’ is obviously largely associated with folk music, the festival actually leans more towards the acoustic element; with influences such as Ed Sheeran, Passenger, Lucy Spraggan and Florence Welch channeling through many of the sounds.

In fact, with artists such as Lucy Ward (whose album entered the independent music charts at 28 last month) playing on the main stage and BBC Radio Folk Award nominee Luke Jackson performing – perhaps next year some of our artists will be celebrity VIPs themselves!

So far, we’ve found social media (particularly Twitter) to be a fantastic tool in gaining interest and support from VIPs, with Cerys Matthews giving us a ReTweet and a mention on her BBC 6 radio show, the BBC Folk show also mentioned Folkstock earlier in the month and there was a post about us on Fresh on the Net: a blog for the radio show of respected presenter Tom Robinson. 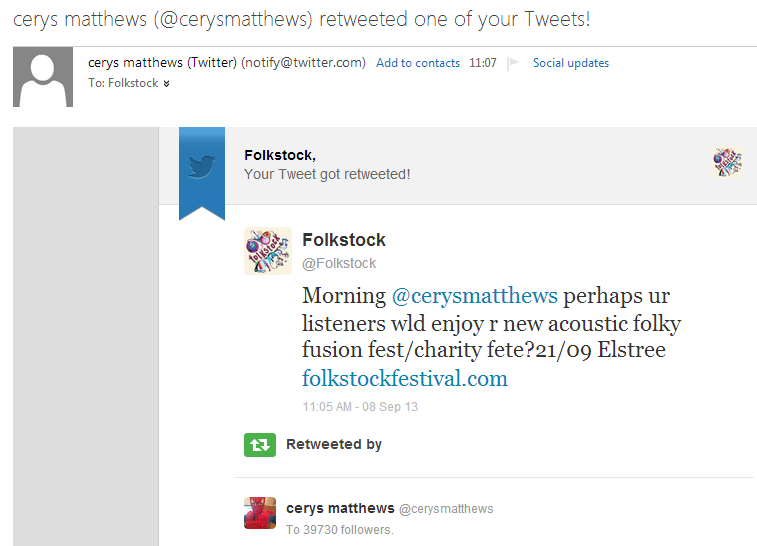 Hopefully all our hard work has paid off, and whilst Twitter has been our favoured tool for getting the festival attention, good old-fashioned getting out there and actually talking to people is hugely important too (our free full page ad on the inside cover of Music Week is testament to that). I’m sure the process isn’t too far removed from Zoe Griffin’s glamorous party organising – except with a little more grass (and maybe some mud)! Can’t wait to get to that festival pop-up spa! 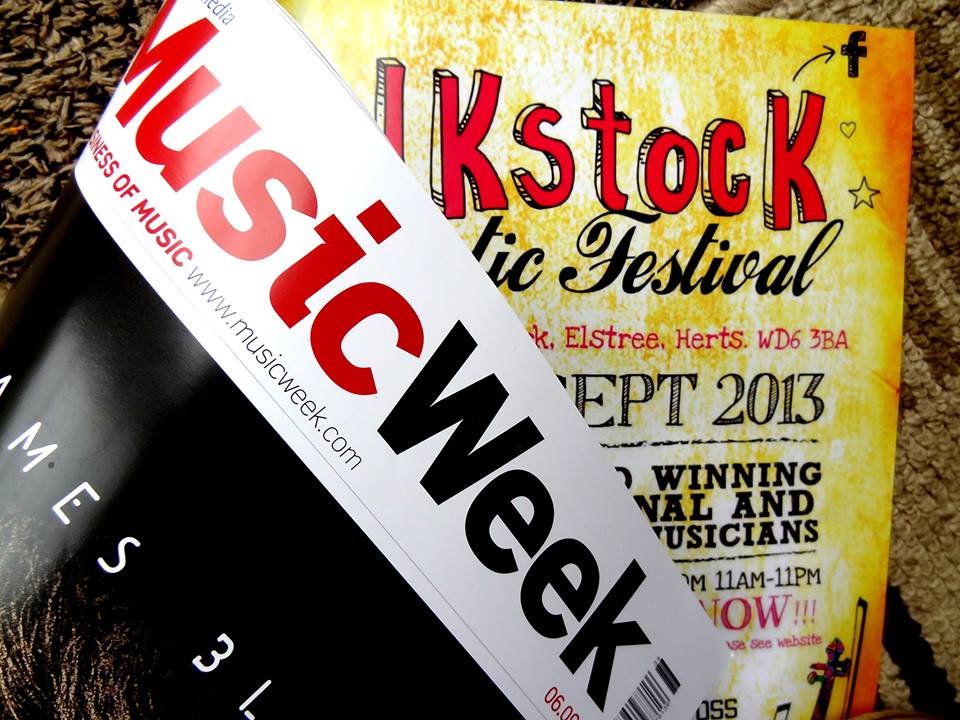