Last week as part of VIP Meet&Greet we bought you details on how to meet celebrity VIPs at book signings across the country. This week, we’re bringing you details of the ‘who’s, ‘where’s and ‘when’s of this week’s film premieres, including chances to meet Johnny Depp, Nicholas Cage, Vanessa Hudgens and Steven Coogan. 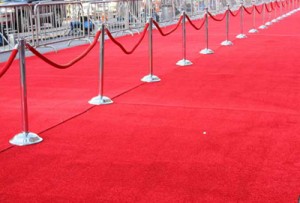 Film premieres are a great place to start VIP spotting! The two main cinemas at London’s Leicester Square are where I started my celebrity spotting, and as well as being central, this area is always a hub of activity and you’re guaranteed to find something VIP-related going on most weeks!

Although entrance to the screenings can be difficult to achieve (and costly) standing by the red carpet and watching the stars arrive is free! You never know who may come along to a premiere, and although there’s no guarantees of who you will see, you may be in for a nice surprise! It is not uncommon for Hollywood celebrities that aren’t starring in the movie, or singers and television presenters alike to grace the red carpet with their presence – just make sure you arrive early (around midday is preferable), bring a sunhat and glasses in this gorgeous weather, and remember there are a few pubs and bars around (and a McDonalds nearby) if you can go in a group and send each other there one at a time, so as not to lose your place.

Starting today (17th July) at 5pm Nicolas Cage, Vanessa Hudgens and John Cusack are confirmed to be attending ‘The Frozen Ground‘ premiere at Leicester Square’s Vue West End Cinema on Cranbourn Street. With VIP celeb’s expected to start arriving from 5.30pm. Why not get the iPap app and start logging your celeb spotting progress, and tweet @zoegriffin with your photos? We’d love to see who you get to meet! 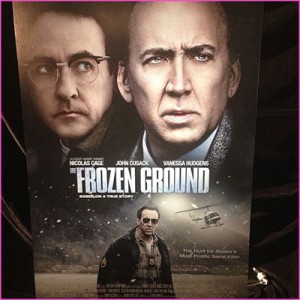 Staying in the Leicester Square area, the nearby Odeon Leicester Square will be hosting the UK Premiere of Johnny Depp’s new film ‘The Lone Ranger‘ on Sunday (21st July). Similarly, celebrities are expected to start arriving between 5pm and 5.30pm, but LLAVIP recommends getting there early to get those all-important snapshots and autographs.The film stars Johnny Depp, Armie Hammer, Helena Bonham Carter, William Fichtner, Tom Wilkinson, Barry Pepper and James Badge Dale, but the celebrities in attendance are yet to be confirmed. Keep an eye on AllinLondon for updates.

Finally, looking slightly further ahead (we want to help you plan your paparazzi-esque escapades as well as possible), next Wednesday (24th July) Steve Coogan will be opening his latest film Alan Partridge: Alpha Pappa in two locations. For those of you that were involved in the Twitter campaign to move the film premiere from London to Norwich, Norfolk – congratulations! The film’s co-writer and executive producer Armando Iannucci has announced an early premiere at lunchtime in Norwich’s Anglia Square, following which lead role Steve Coogan is rumoured to be flying by helicopter to London’s Leicester Square to make the pre-planned launch there.