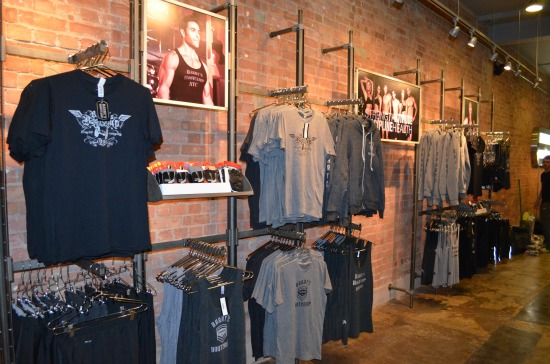 After yesterday’s 30 minute smash out, burn out and muscle shock I was back to feeling completely nervous as I stood in the waiting area before the session. I asked Shane what would happen but he wouldn’t tell me. ‘You need to push your boundaries’ was all he’d say. I do that every time I go to Barry’s bootcamp Shane, honest! 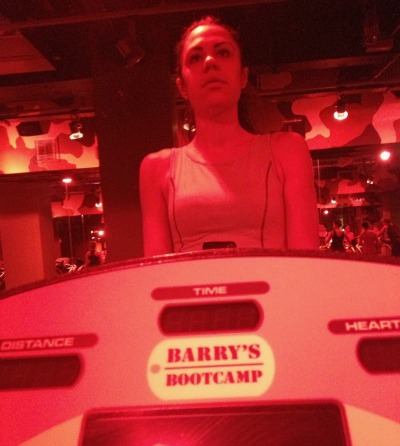 The first one wasn’t too bad. It was a gentle hill climb, starting off at an 8 incline and decreasing the incline by 2 and increasing the speed by 1 each time. I’d done that before and I barely worked up a sweat.

This was good though as it meant I was more focused on the full body work out. I had energy to do the resistance training – unlike yesterday- and I did some good press ups, press ups combined with tricep lifts carrying dumbbells and rowing style exercises, keeping hydrated with Barry’s Bootcamp water. What else? 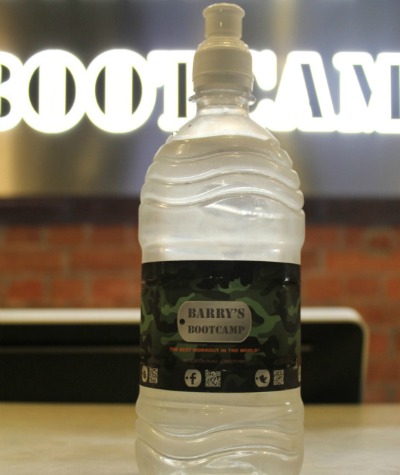 Back to the treadmill, it was 7 minutes of speed. That meant starting at a 7 and then going up to an 11. Sweaty! However, I should have learned from yesterday’s trials. If you run too much then you pay in terms of feeling too weak to do the weights. There was a lot of resting and wiping sweat from my eyes (honestly, each day I sweat more than I thought possible)…

Then on the treadmill for the next six minutes – in dynamic mode this time – I purposefully don’t push myself too much. There was no Hermes handbag in my shopping trolley, maybe a Dune one, and as a result I found it way easier the next time we got onto the floor. Six minutes of sit ups and stomach working exercise were completed – my core will thank me for this.

And my legs will no doubt feel the benefit of a five minute hill climb. At the back of my mind I was wondering how I’d find the energy to get through the fours and the threes and the twos and the one but at barrys bootcamp you must never think too far ahead or you’ll want to cry. Or die. Or both.

So the four fun was speed followed by arms and the three was steep hills followed by work with the resistance bands. Two was dynamic mode and variations of the burpees and then it was the climax of the class – one for one minute like you’re gonna get murdered. Well, I started on an 11.2 but I couldn’t keep it up for the whole minute. Not yet, I’ve STILL got some improving to do. I’m not looking like the murals they have by the lifts….yet!

Day Five Verdict: Knowing that I have done five days at Barry’s Bootcamp is a huge adrenalin rush – I’ve pushed myself to my limits this week. My goal at the start of the week was to shape up and I’ve done that. I can actually see the beginnings of a six pack. My stomach is where I see it in the most but my calves feel slightly firmer too (after all the inclines). In terms of weight, I have lost two pounds (approx 1kg) – always a bonus.

Barry’s offers month long academies as well as a discounted rate on classes if you sign up for a weekly membership- full details on the Barry’s Bootcamp website. The next challenge for me is to see if I can keep it up for longer!

VIP Beauty: What Is Ultherapy?