Who knew Plan B a.k.a Ben Drew knew how to write and direct a movie? Nope, neither did we. This week saw the eagerly anticipated premiere of his directorial debut and we have to say the film was brilliant. We haven’t seen a movie since Noel Clarke’s Kidulthood and Adulthood grab our attention for two hours solid. The film is based around music that Ben wrote based on last years London riots. It focuses on several characters and the violent circles they mix in. Each story weaves into the other and paints a realistic picture of the world we live in that many either have no knowledge about or choose to ignore.

At the premiere we caught up with some of the stars and their friends and found out what Plan B is really like to work with:

What is the film about?

The riots happened last year and opened lots of peoples eyes into what living without boundaries can do. Ill Manors offers up a reason of why people like this exists.

The film has a very important message for the politicians, do you think people will listen now?

If we don’t want a repeat of what happened last year then we need to take notice. Ill Manors shows you that this depravity exists and that if nothing is done about it then you are looking at a scene like last Summer. We need to address this issue. If you haven’t been there, then  you haven’t experenced it, but at the same time, if you don’t believe it’s there, then it dosn’t exist.

What do you want out of this movie?

I want people to believe that this goes on and have an affect on them so they will want to change it.

Who’s this film for?

It’s a film for a human being. For anyone that cares. For some people this life exists and we need everyone to believe it’s real other wise it is never going to change. 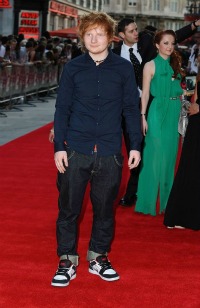 What do you think about the idea of Ill Manors?

I’ve heard stories about what it’s like but I won’t judge until I’ve seen it. Politically, I’m hoping it will start to change things.

How did it feel beating Adele to the Ivor Novello?

To win an Ivor is one of the greatest achievements, so I was pretty pleased yeah. I was up against some amazing artists so I feel pretty good about it.

We’ve heard you will be working with Taylor Swift on your new album?

I am writing new material now, lots and lots. Um, yeah it’s been said I’m working with Taylor. I don’t really know the ins and outs of it.

How did that come about?

I met her manager when I toured Nashville and it went from there.

What sort of sound will it be as you are both quite different?

We will have to wait and see, it’s very early stages. She’s very capable though. All her biggest hits are 100% written by her so we will have to see what happens. 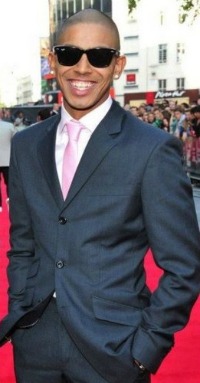 How did you get involved with Ill Manors?

I grew up with Ben, he’s friends with my brother. He asked me to audition, which was four years ago and then made it two years later. It’s been a long process.

How does it feel to finally be here?

It’s a bit mad. I couldn’t sleep last night, me and my brother were too excited!

He’s cool. I’ve known him for a long time so it’s like working with family. He’s very intelligent and focused and has a good relationship with everyone he works with, which helps.

A little birdy told us you used to style him?

Yeah, yeah. When he did Strickland Banks he came to me and said I need help with clothes. He had a suit on and i was like nah, nah take that off. So I got him kitted out with new threads and now he looks pretty good.

So, you’re responsible for this new stylish Plan B?

Ha ha, yeah you could say that. He loves the suits now though.